How To ‘Green’ Trade? 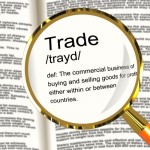 To date there has been little agreement on how the expansion of multilateral trade and investment has impacted the environment.

As many environmental effects arising from international trade and investment are indirect, generalisation of much published research on the actual link between trade, investment and the environment is not a simple one.

Many concerns are linked to the failure to incorporate environmental externalities. Studies point to a growing share of global emissions coming from production of internationally traded goods and services. This mostly is caused by the intensified level of transportation – a sector that doesn’t cover its full costs, thus, is one of the most significant environmental externalities arising from the global economic activities.

Some scholars have suggested that a global competition resulting from the increased flow of free trade and investment may deter national states from adopting stringent environmental regulations.

Much of the debate refers to two hypotheses: pollution havens in developing countries and regulatory chill in developed states. To date, studies attempting to prove the validity and existence of both phenomena are rather controversial as there has been a general lack of reliable empirical evidence to prove the contradictory arguments.

However, the real or perceived threat of pollution havens as well as variations of environmental standards among developed countries may discourage policy makers from increasing domestic environmental standards. For instance, EU adoption of energy tax is often observed as the case illustrating the implications of regulatory chill. The perceived threat of loss of competitiveness and capital, especially to the US as it is unwilling raise its own standards, may have deterred the EU from adopting a more aggressive approach.

On the other hand, free trade supporters argue that the global competition foster the diffusion of high environmental standards and initiate upward integration of regulatory standards.

It is important to note, however, that the diffusion of environmental innovations, both policies and technologies, has been a slow process depending on socio-political context. Some also question whether it is fair to target manufacturing processes through trade as countries do not have similar resources to comply with stringent regulations.

To date, most of attempts aiming to green trade have failed.

One of such proposals is Border Adjustment Taxes (BAT) aimed at removing competitive advantage from imports that do not have environmental standards and in this way compensate for national standards on environmental policy. However, such tax is highly controversial as it conflicts with multinational trade regimes and intervenes with domestic policies.

Interesting proposals were made to liberalize trade in climate friendly technologies, or biofuels and organic products. This could help combat climate change by creating international markets for green technologies. However, the proposal has been on the WTO negations table for eight years now with no breakthroughs reported. In fact, recent disputes over the low-priced Chinese solar panels entering the EU and USA indicate the opposite trend.

Current trade rules for environment therefore focus on improving knowledge and public discussion about products and processes, rather than restricting trade. But this creates new uncertainties about labels and how informative they can be (see Eco-labelling: market transformation or consumer confusion?). Moreover, costs associated with environment product standards and labelling may lead to unfair competition and reduced market access for least developed countries as well as small enterprises.

Is trade appropriate means of addressing environmental problems? It can offer unique opportunities for the diffusion of environmental innovations that trigger environmental protection across the globe. Yet, such environmental benefits can only be realised if they go hand in hand with strong environmental policies. Such policies should not come in a form of trade restrictions but address environmental issues directly, namely internalise externalities, for issues like transportation, and clearly define property rights to regulate natural resource use.