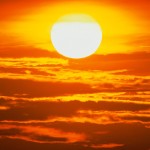 In a study published in the Journal of Epidemiology and Community Health, researchers predicted that the number of deaths in the United Kingdom that result from hot weather will soar by 257 percent over the next 40 years. The researchers belonged to Public Health England (PHE) and the London School of Hygiene and Tropical Medicine.

Elderly people are most at risk

The study examined weather patterns and death rates from 1993 to 2006. It was found that deaths increased by 2.1 percent for every 34°F (1°C) rise in temperature and two percent for every fall by this amount. The British Atmospheric Data Centre expects that the number of hot days – 68°F/20°C or more – will triple by 2080 and the number of cold days will fall, although by a lesser amount. There are currently around 41,000 extra deaths in winter and 2,000 heat-related deaths in summer.

Dr Sotiris Vardoulakis, who heads the PHE’s Air Pollution and Climate Change Group and was a co-author of the paper, elucidated that higher temperatures place greater stress on the body and air pollution aggravates the symptoms of chronic conditions such as cardiovascular and respiratory conditions.

What you’ll have to do

Looking forward, people will have to wear lighter clothing and ensure that they remain hydrated even if they don’t feel thirsty. The study affirmed that air conditioning in Blighty will become more common, although poorer people will have less unless it’s subsidised and rising fuel prices will worsen the situation. Passive cooling options such as building orientation, planting more trees, insulation and choice of construction materials could be just as effective.