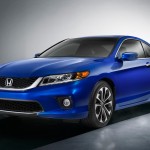 Three models of the Honda Accord have been named as the Green Car of the Year, 2014: the Accord, Accord Hybrid and Accord Plug-in Hybrid. These award have been sponsored by the Green Car Journal since 2005. The Journal commenced publication in 1992. The winner was announced on November 16 at the Los Angeles Auto Show before an audience thousands-strong that included industry figures and journalists.

The other finalists were the Audi A6 TDI, BMW 328d, Mazda3 and Toyota Corolla. The winner was the most efficient vehicle that would sell well and it was decided by a jury that comprised Frances Beinecke, president of the Natural Resources Defence Council; Kateri Callahan, president of the Alliance to Save Energy; Jean-Michel of the famed seafaring Cousteau family, now the president of the Ocean Futures Society; Jay Leno, a car enthusiast and host of the US Tonight Show; Dr Alan Lloyd, president of the International Council on Clean Transportation; and Green Car Journal editors.

Why the Accord Won

The Green Car Journal pronounced that the Accord was meeting demand for ever-better fuel efficiency and less CO2 emissions without forgoing the driving experience that buyers of new cars expect. A gallon of petrol will take a petrol-powered Accord 30 miles, making this car one of the most fuel-efficient ever made. Ron Cogan, editor and publisher of the journal, exclaimed that the Accord was “a joy to drive” and that its price and milage had a widespread, positive impact on the environment. No electric cars were selected this year, as they are generally more expensive. According to Cogan, individual cars could be better, but to have a large-scale effect on the environment, production had to be in great numbers.

Mike Accavitti, senior vice president of automotive operations for American Honda Motor Co, counter-praised the Journal for “shining the spotlight on the environment and bringing attention to our shared vision of the future of ultra-low carbon emissions.” After accepting the award, he asked reporters, “We’re moving in the right direction, right?”

The winner last year was the Ford Fusion. Honda also won the award in 2011 with the Civic Natural Gas. The year before that, the victor was the Chevrolet Volt. Carmakers often boast of this award in their advertising. Three manufacturers will introduce hydrogen-powered fuel cell vehicles by 2015.