Sustainable Energy for All (SE4ALL) – Will The German Energiewende Survive The Elections? 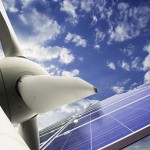 The objective of this article is to underscore the significance of the UN Initiative “Sustainable Energy for All” and to examine how an industrialized country strives for sustainable energy supply, and contradictorily elects a government that threatens to turn back the clock to fossil times: The German Energiewende.

I will start with the bigger picture: The United Nations General Assembly declared 2012 the International Year of Sustainable Energy for All.

Only 80 percent of the world population has access to modern energy services.

The UN initiative’s ambitious objectives for 2030 are: providing universal access to modern energy services; doubling the global rate of improvement in energy efficiency; and doubling the share of renewable energy in the global energy mix.

How are we performing?

In 2012, global emissions of greenhouse gases rose by 1.4 percent to a total of 31.6 billion tons, according to the World Energy Outlook 2013 released on 12 November by the International Energy Agency. This rather conservative report displays projections of energy trends until 2035 that are highly frightening, fossil fuels still meeting a dominant share of global energy demand and bringing about temperature rises of between 3.6 and 5.3 degrees Celsius.

The objectives of the UN initiative are in sharp contrast to the disillusioning results offered by the World Energy Outlook. The gap between the intended goal of achieving sustainable energy for all and the implementation is ever widening. The good news is that there are solutions. The bad news, however, is that only tragic events seem to induce change.

That’s what happened in the case of the German Energiewende.

How to transform a highly industrialized country with an infrastructure supporting the predominant use of fossil fuels? How to scale-up renewable energy to a level that matters in absolute numbers? As long as renewable energy companies belonged to a niche market, and four principal utilities ruled the mass market and gave direction to the government, little progress could be made.

Even though the feed-in-tariff was implemented as early as 2000 in Germany, no major breakthrough for renewable energy took place, just a slow motion steady progress. The share of renewable energy in electricity supply has increased from 7% in 2000 to about 25% in 2013. The reason for the slow uptake is as simple as manifold: transforming the energy sector needs a paradigm shift, civil society participation, a combination of centralized and decentralized energy solutions, a new market design, and it needs the courage and the political will to explore unknown terrain.

On Friday, 11 March 2011 an earthquake and tsunami initiated a disastrous energy accident at the Fukushima nuclear power plant in Japan. The tragedy set the world on fire, as a worst case scenario came true at a presumably safe and high-tech location, resulting in unpredictable consequences for humans and the environment. This disaster motivated the German government, urged by public opinion and increased public awareness on nuclear risks, to decide the phase-out of nuclear energy.

It was this very decision that marked the turning point for the German Energiewende, an energy transformation comprising all parts of society. The German Parliament (Bundestag) decided to enhance the Energiewende, aiming at a share of renewable energy of 80 percent in 2050. This was the plan in 2011.

The German Energiewende is driven by public opinion, civil society and a new renewable energy industry that developed incrementally, against the resistance of the powerful fossil energy lobby. Citizens started to engage in energy cooperatives (more than 800 today), investing collaboratively in renewable energy in their own region. The industry was booming, and Germany became one of the leading export nations in high quality renewable energy technology. Still, the Energiewende started to seriously threaten prevailing power structures in the energy market.

In 2012, the year of the UN Initiative SE4ALL, the German government began to reduce the feed-in-tariff for solar energy and bioenergy, followed by further amendments in 2013, thereby reducing the expansion of renewable energy massively. These constraints together with Chinese competition on global markets had severe results. Companies like Q-Cells and Solon shut down; Solarworld was saved by investors from Qatar; installed solar capacity shrunk around 60%.

In November 2013, the newly elected German government, a coalition of socialists and conservatives, established a working group that announced vague plans on changing the feed-in-tariff into a much less effective renewable energy quota model and declared their intention to support the German coal industry under all circumstances.

The coalition’s working group on energy is characterized by a lack of vision and a lack of knowledge, either ignoring or not listening to the true sustainable energy experts who are also part of the group.

No results for a new energy market design have so far been presented. The principal concern from the working group is that the Energiewende is happening to fast and that we need to slow down. It makes me wonder. Should we wait until the window of opportunity is closed?

Luckily, there is a lot of expertise, intelligence and know-how outside the political arena, and there is a movement called “Citizen’s Energiewende”.

The citizens will once more show their commitment for the Energiewende: On 30 November 2013, there will be a demonstration in Berlin. The clock should not be locked in fossil times as we enter the era of sustainable energy for all.