UK In Talks To Import Geothermal Energy From Iceland 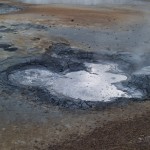 The UK government has held talks with that of Iceland concerning importing geothermal energy from Iceland’s volcanoes. A giant undersea cable, known as a submarine interconnector, would be constructed, which, at 930 miles long, would be by far the longest of its kind in the world. The power link would cost USD2/GBP1.3/EUR1.51 bn while an additional USD2.46/GBP1.6/EUR1.85 bn would need to be spent on geothermal plants and hydroelectric dams. The idea has been around for 60 years, but was not previously profitable.

Interconnectors can be laid very rapidly, at a rate of almost 19 miles a day, although they are significant engineering projects and use more than 1,300 tons of copper per mile. They are large investments, but less so than conventional power stations.

The then-British Energy Minister, Charles Hendry, said Iceland was “very keen” on the proposition, although his department cautioned that the idea was “very ambitious and had a long way to go.” Iceland would heartily welcome the income thus-generated, as its banking system collapsed in 2008, causing its currency, the krona, to lose 80 percent of its value. Iceland’s president, Olafur Ragnar Grimsson, said, “It is an extraordinarily good business.” Iceland would be able to fetch a considerably higher price for electricity overseas.

Geothermal energy is produced because the temperature underground is higher. In the case of Iceland, it is termed volcano power, and is abundant in that country as it is close to tectonic boundaries, giving rise to much volcanic activity and diverse geography.

Iceland’s five geothermal plants supply around a fifth of the country’s energy requirements, and even that could be improved by 75 percent. Geothermal energy is cleaner and less expensive than energy produced by other means. Asgeir Margeirsson, the head of the new geothermal company, Geysir Green Energy, said generating power from oil would cost five times as much. Hörður Arnarson, who heads Iceland’s state-owned power producer, Landsvirkjun, said the project could be complete by 2020, and that Iceland could be “a green battery for the UK.”

Most of the geothermal development of the last decade has been in Iceland. One such power plant is at Krafla, which sits in a treeless valley and is fed by pipes that transport steam from the surrounding barren hills.

Constructing the plant in the 1970s was dangerous, and work was interrupted by eruptions from the nearby volcano. Since then, one well had to be abandoned when drillers encountered red hot molten rock. There have been underground steam explosions, of which one created a crater 100 feet deep and wide. One of of Landsvirkjun’s engineers, Bjarni Palsson, said it was a “very good lesson,” and “Before we start any project or especially if we have new people here, we take them here and tell [them] this is what can happen if you make the slightest mistake.”

Iceland is awash with cheap electricity. It produces five times as much as it needs, leading Arnarson to remark, “We have a lot of electricity for the very few people who live here.” Iceland has a population of only 320,000 in a space as large as the US state of Kentucky. In winter, some pavements in Reykjavík and Akureyri are heated, and the lights on the lamp-posts on the 25-mile road between Reykjavík and the International Airport at Keflavík are left on all night.

The UK has been energy independent for almost its whole history, but there are now fears of an “energy gap” halfway through the next decade, as existing nuclear plants will be decommissioned and production of oil and gas from the North Sea is falling. The government has legally-binding targets for a reduction in carbon emissions. Imported energy will be necessary.

Geo-thermal energy is an option even for countries that are not volcanic. Iceland’s president said, “There is this big fireball under every country of the world, not just Iceland.” Over 50 countries employ geothermal power. California generates more geothermal energy than Iceland. Geothermal power could one day provide 10 percent of the electricity used by the United States. In China, two coal-fired power stations were abandoned when geothermal energy came on-stream.