Freshwater Demand, Desalination And The Implications For Conflict 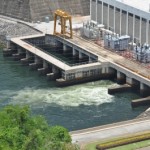 Water is essential to life. Human survival is dependent on its use for various chemical, biological and socio-economic activities.

Although 70% of the earth is covered with water, it is estimated that 780 million people lack access to clean water. This is because the earth has minimal fresh water reserves (only 2.5% of the 70% available) to meet human needs.

In addition to water pollution and rising human populations, there are concerns that the impacts of climate change might worsen the situation. The resultant effect of human-induced climate change is expected to disrupt the world’s hydrological cycles.

Climate change will increase the frequency of droughts and floods globally and in turn potentially make 45% of the world population lack access to drinking water. Increased droughts will limit the quantity of water available for drinking, growing crops, producing energy and carrying out other domestic and commercial activities. Moreover, floods have the tendency to contaminate fresh water sources and also displace people from locations where potable water is readily available.

In countries such as the UK and Australia, increased occurrence of drought and rising demand for water continues to be a source of concern. For instance, some parts of South East England already have less water available per person than those living in many water stressed countries such as Egypt and Morocco.

Decreased crop productivity in the South West regions of Western Australia have been attributed to severe drought conditions experienced in the region. Other areas across the globe such as the Middle East and North Africa have been experiencing difficulties in accessing clean water, as their freshwater resources dwindle and the demand for clean water rises.

Water demand as a source for conflict

The Pacific Institute reported that 225 water-related wars occurred from 3000BC to 2010 across the globe. There are strong indications that access to rivers such as the Euphrates, Tigris and Nile might increase tensions among some states in the Middle East and Northern parts of Africa in the coming years.

Publications and reports such as the US Intelligence Community Assessment on Global Water Security and “Water Wars: Coming Conflicts in the Middle East” by John Bulloch and Adel Darwish support this premise.

Given this challenge freshwater management has become a key area of policy focus for countries around the world. An area of growing interest is desalination.

Past experiences of water shortages and drought conditions reveals that supply-side management options such as the desalination of sea or brackish water and large transfer of fresh water can help mitigate the impacts of drought.

Demand management measures like metering have been used in countries such as the UK to achieve this same purpose, but the results have been poor (only 0.012% savings in daily water supply have been achieved using these methods).

The limitations of demand management have made desalination a sort after option for many countries, despite the fact that desalination plants are expensive, energy intensive in nature and increase CO2 emissions.

Currently, there are 12,500 desalination plants in operation globally. These plants are able to produce 30 million m3/day of potable water to help meet global water demands.

Low energy desalination plants are been tested in places such as Tarpum Bay, Bahamas to help save energy and in turn reduce CO2 emissions as compared to conventional plants.

The Water-Energy Nexus and implications for conflict

Meeting freshwater demand with supply side management measures suggests that countries with ample energy supplies and access to seawater / brackish water will be well placed to use desalination plants.

On the other hand, poorer states, net importers of energy supplies (oil and gas), countries without access to fresh or salty reserves and those that are not at peace with their neighbours might find the option of going to war over water resources a reality.

Where conflict between states over dwindling freshwater reserves is a potential it is clear that desalination stands as a great solution.