Click onto any major fossil fuel company’s website and you’ll quickly find the sustainability area with a dedicated climate change mitigation section. Some have impressively stretching eco-objectives: Norwegian multinational Statoil has committed to keeping its CO2 intensity static whilst doubling conventional oil and gas production by 2020.

Some stick to more modest nods to climate catastrophe: BP is working in partnership with car manufacturers to make its fuels as energy efficient as possible, and its fellow British competitor Shell is upgrading facilities in order to minimise pollutants.

Others trail behind embarrassingly: Centrica puts the onus on consumer behaviour change instead of its own fossil fuel-centric business model. The majority are making lukewarm investments in renewables or nuclear, with their CEOs making the right noises in public about the need to act. But it isn’t working.

Greening the workplace or lowering carbon emissions are the right sustainability steps for many sectors, but when core business is producing climate change inducing fuels, they don’t cut the mustard. 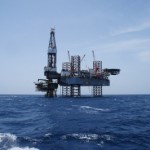 Campaigners have been pointing out the inherent flaw in fossil fuel companies’ sustainability plans for years, but 2013 has seen a new and more powerful voice enter the fray; the shareholders. For the first time, this summer’s Annual General Meeting (AGM) season saw shareholders tabling resolutions questioning companies on how they are addressing the ‘carbon bubble’. The bubble threatens to destabilise the world economy by causing the market valuations of major fossil fuel companies like BP or Shell to plummet by as much as 60% when governments get strict on carbon.

The appearance of these resolutions on company ballot papers is an uncomfortable wake up call for executives that the campaigners have finally won the ear of shareholders.

And that’s the good news: those are the shareholders that haven’t got cold feet yet. As Bill McKibben takes his unstoppable 350 campaign around the world, divestment from fossil fuels is beginning to look less like wishful thinking and more like a hard reality.

The 350 campaign has already had significant wins, getting commitments from a roll call of cities, universities and foundations to go fossil free. In the world of big time shareholders, university endowments and charitable foundations are small fry. The most powerful players are big pension funds and asset management firms, and unfortunately for the companies in question, they seem to be catching the divestment bug too: in July, the major Norwegian pensions and life insurance company Storebrand divested from 19 fossil fuel companies.

It described the move as intended to “secure long-term, stable returns for our clients”, a bad PR moment for fossil fuel fans if ever there was one. And according to a new survey released this month by the Global Investor Coalition on Climate Change, more than half of asset managers have avoided or divested from investments due to climate risk concerns.

Now that some major investment firms have had the courage to step away from fossil fuels, others will follow. Next year’s AGM season is likely to see more climate-focused resolutions hitting company ballot boxes. Dealing with green campaigners is one thing, but shareholders jumping ship is a massive business risk. It looks like the ‘sustainability’ claims of fossil fuel giants are finally being outed.