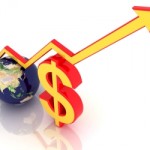 In times of economic crises such as these, the concept of bolstering foreign investment and foreign seems alien and antithesis to austerity and the ‘tightening of belts’. Most countries bemoan the fact that there is often a concomitant reduction in foreign direct investment (FDI) by larger economies when times are tough and foreign aid is often one of the first areas targeted by governments to reduce expenditure.

While in the shorter term such measures might be deemed logical, a more long-term view might suggest that taking a bolder step could not only be more economically successful, but also greatly contribute to global sustainable development.

The reasoning behind the individual decision of a corporation to channel funds into an overseas operation is greatly different to that of a government providing aid to a less prosperous country. In the first case, the decision is primarily driven by economic considerations, i.e. maximising the profits of the corporation by out-sourcing elements of their business to cheaper or more amenable jurisdictions. In the latter case, the rationale is usually more altruistic. However, in some facets the outcomes are similar, with the standard of living of the population in the recipient country improving (at least, theoretically). Therein lies the advantage of focussing attention abroad when things are not so good at home.

It is clear that developing nations represent a largely untapped market. That is not to say that we should envisage imposing a market economy on all developing nations – there are fundamental flaws with this system that are all too evident in today’s leading economies. Nor should we encourage developing nations to adopt the grossly consumer-driven policies of developed countries – undoubtedly also a recipe for disaster. However, by re-distributing excess wealth and improving the standard of living of all, the gross imbalances that contribute to market collapses can be minimised and, as any successful business manager will attest, mitigating risks is a cornerstone of good business.

Take for example a pharmaceutical company that is struggling due to the expiry of a patent on their leading drug – a very real issue today. Such a company is typically unable to compete with other companies that produce generic equivalents of that drug at much lower prices. While it continues research into novel drugs to regain its home market, the company could consider using the capital previously needed to maintain operations for their leading drug to establish an operation in a developing nation. In fact, there is no reason why the company could not themselves become a manufacturer of the generic drug for distribution in markets where, perhaps, the cost of the leading drug might have been prohibitive for the population there. Actually, leading pharmaceutical companies would be better off switching to cheaper production means and becoming generic producers once their drug patents expire, rather than trying to compete with other companies – they would certainly have a remarkable advantage in terms of product knowledge and have a legal head-start over competitors. Thus pharmaceutical operations in developed countries could focus on drug development and initial marketing of novel therapies, while satellite operations could be established in developing nations to take over generic production once patents had expired.

Providing work for people in developing countries is a truly sustainable way of helping individuals out of a vicious cycle of poverty and reliance on charity. However, many corporations are reluctant to invest large sums of money in countries that are crippled with corruption and excessive bureaucracy. It is in this sense that foreign government aid could be better employed. More rigorous oversight of foreign government aid to ensure that funds are used to develop better business models and governance structures would greatly assist in attracting FDI to such countries. Thus, in times of austerity, governments too should not shirk their responsibility to providing foreign aid – ultimately, it could promote an economic revival at home by stimulating foreign markets.

Often, economic crises result in a lot of ‘navel-gazing’ and protectionist policies to retain wealth. In the long-term, that attitude is counter-productive. Instead, by taking a more long-term view and a bolder approach a more balanced business portfolio can be developed and, at the same time, a significant contribution can be made to ensuring a globally sustainable economy and easing poverty in developing countries.