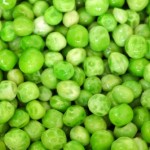 Having already generated electricity from sewage, Thames Water now plans to accomplish the same using food waste energy. Under a USD304/GBP200/EUR233 million deal, a plant will be constructed that will generate 130 gigawatt hours of electricity, sufficient to power 39,000 homes. The plant will run on 300 tons of fat, oil and grease a day supplied by food outlets and manufacturers, which would have cost USD1.52/GBP1/EUR1 million a month to remove from the sewers of London.

Thames Water administers 68,000 miles of sewers, from which it removes 80,000 blockages a year, half of which is caused by fat poured down drains. There are 200,000 blockages a year nationwide. An estimated 25 percent more fat is poured away over Christmas. Thousands of homes and gardens have been flooded as a result, and sometimes what we shall delicately term solid waste is present. Headlines such as Sewage Horror for Hambleden Residents have ensued, occasioning people to resort to public toilets and the showers at gyms and causing children to fall ill. A survey by Thames Water found that forty percent of those who flush inappropriate items down their toilets experience blocked drains. The company has previously tried to discourage “sewer abuse” using slogans such as “Bin it – don’t block it.”

Much food waste is generated by hotels, restaurants, canteens, malls, markets and airline caterers. This waste is collected, processed into a thick soup and then transformed to 98 percent methane. Food waste contains energy that is “locked up” within its chemical structure, and anaerobic digestion breaks it down. The remaining solids – digestate – are used as fertiliser, replacing chemicals and transferring nitrogen, potassium and phosphorous to the soil. The process is used at more than 60 locations throughout the world.

A ton of food waste generates 13,300 cubic feet of methane. Each cubic foot of methane generates 1,000 British thermal units (Btu), with 13,400 Btu required to make one kilowatt hour of electricity. The National Grid estimated that biogas could supply half the gas required by British households.