What Is The Difference Between CO2 And CO2e?
What Does Zero Waste Mean? Everything You Need to Know
The Best Biodegradable Sunscreen – 7 Brands You Need to Know
5 Easy Tips To Help Keep The Environment Clean
25 Go Green Ideas For the Office That Every Company Should Use
Defining Local Economies: Implications For Community Development And Social Capital 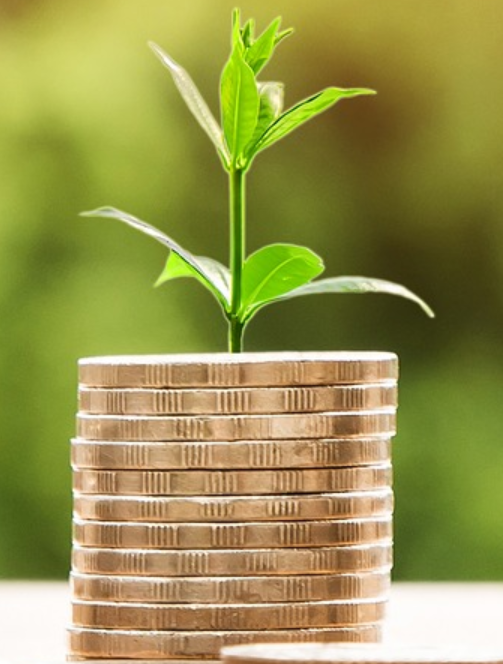 Corporate Social Responsibility examples are all around us.

Large companies such as Microsoft, Google and Starbucks are starting to measure their impact on society as a whole. Recently, customers, shareholders and investors have become more interested in the way companies treat the environment and the people around them.

We analyzed some of the best companies in the world to gather a list of 15 Corporate Social Responsibility examples.

Additionally, we read books about Corporate Social Responsibility from some of the top writers and publishers in the business world.

You can check out our favorite book called "The Triple Bottom Line" by Andrew Savitz. Learn from the best and see why Fortune Magazine calls it "Required Reading". 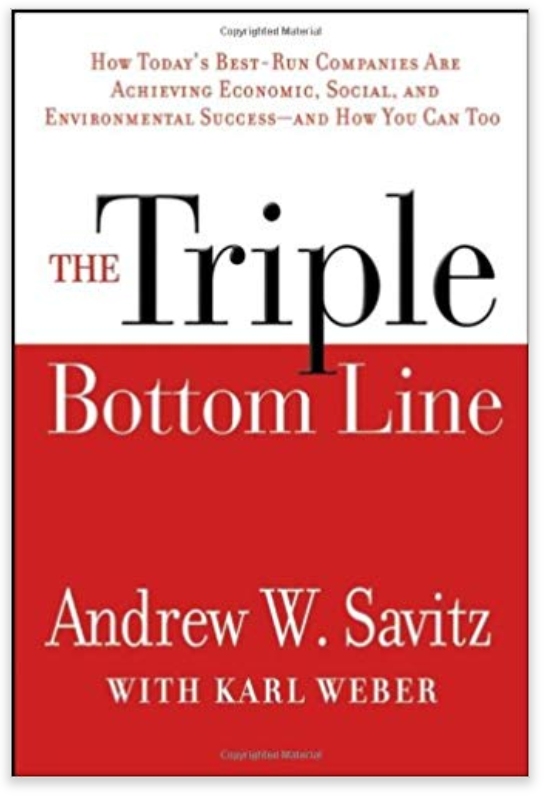 Manufacturers use a lot of raw materials to make products for consumers. Adidas has partnered with Parley for the Oceans to make new sneakers from plastic waste.

Parley collects the plastic from beaches and Adidas breaks it down into usable material. Each shoe in the Parley collection is made from at least 75% intercepted marine trash. Adidas estimates that they have prevented 2,810 tons of plastic from reaching the ocean.

Are you committed to fitness and the environment? You can wear running shoes made from plastic waste!

Adidas's collection is available on Amazon

For example, Apple's headquarters in Cupertino, California is powered by 100% renewable energy.

Commercial buildings use a lot of energy and require constant upkeep. The most environmentally conscious companies invest in making their infrastructure as eco-friendly as possible by using sustainable building materials.

Not all companies have the ability to build expensive green buildings. However, some office developers have used shipping containers to build green office spaces that smaller companies can take advantage of. 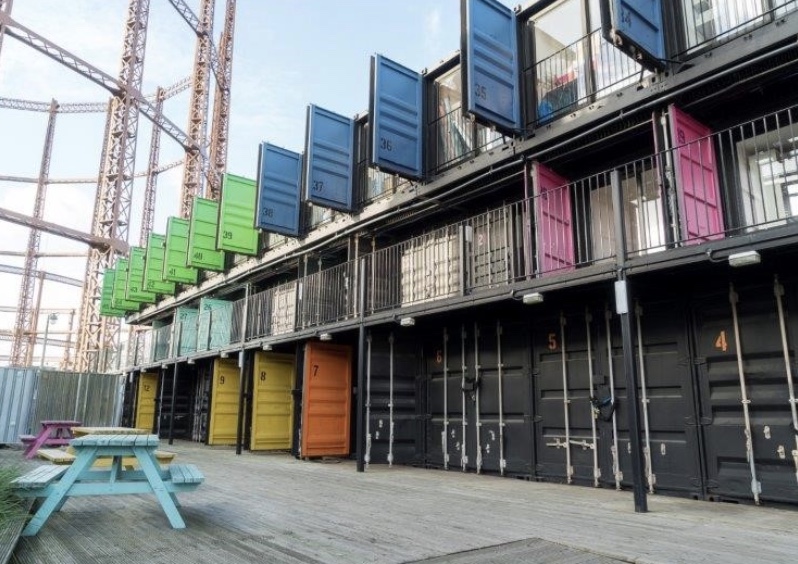 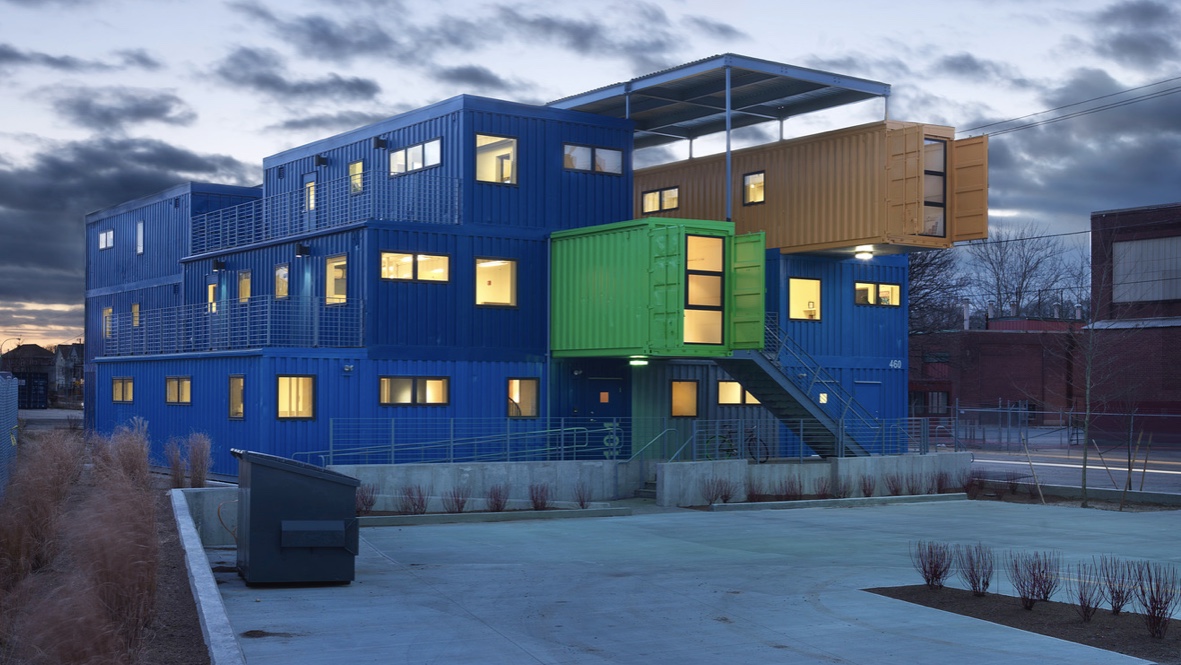 The shipping containers are up-cycled which makes for a unique and eco-friendly design. 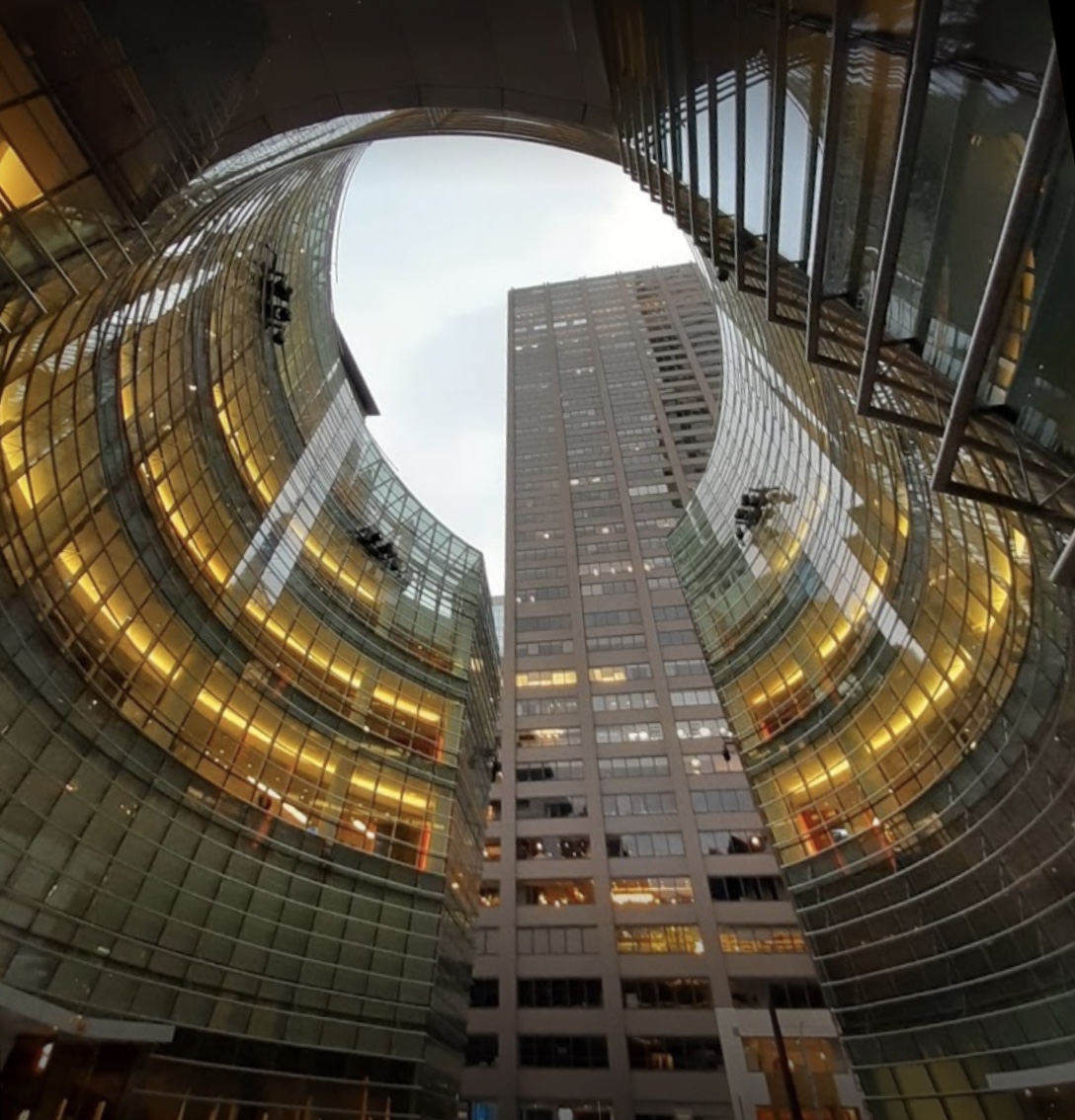 Water saving technologies such as flow fixtures and water recycling/reuse systems help decrease water pollution and scarcity. Companies are becoming more aware of their water consumption and are implementing efficient practices to reduce it.

For example, Levi Strauss & Co. has saved over 3 billion liters of water through their Water<Less process. This process can reduce up to 96 percent of the water normally used in denim finishing (the final step of manufacturing a pair of jeans). 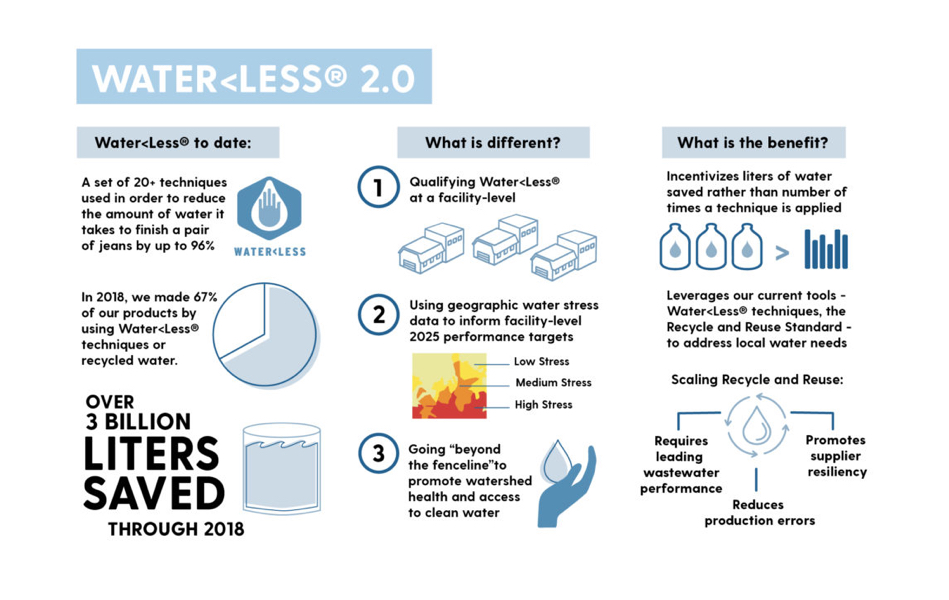 Did you know that in the United States about 1/3 of food is thrown away?

Larger companies are trying to combat that statistic in their cafeterias and offices.

For instance, Google prevents food waste in their offices by tracking how much food is wasted as meals are prepared.

Chefs have scales that track food waste throughout the preparation process. This motivates them to be creative in re-purposing leftovers for additional meals to avoid putting food in landfills unnecessarily. Scales are also set up in the cafeteria which allows employees to see how much food they are wasting and encouraging behavioral changes.

Google estimates that they have saved over 6 million pounds of food through these initiatives.

Businesses commit to renewable energy in a variety of ways.

For example, Salesforce has committed to 100% renewable energy through the use of Renewable Energy Credits ("RECs"). A REC is created every time a unit of energy is generated from renewable sources. The REC shows who "owns" the energy and can claim to have used it. 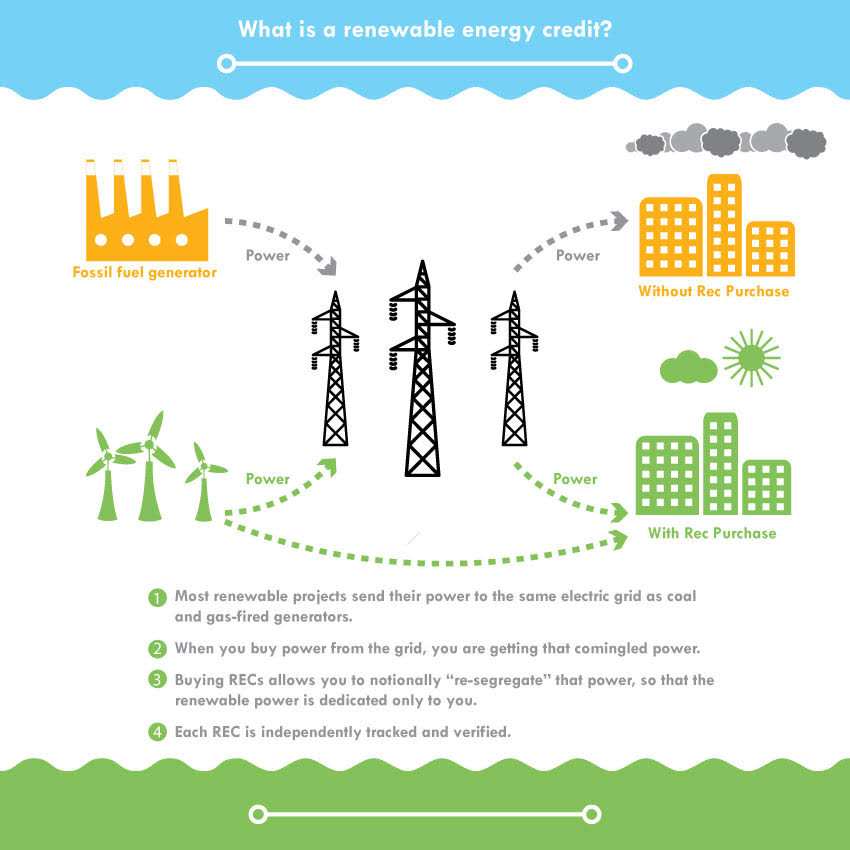 Instead of producing clean energy from scratch, Salesforce buys RECs to offset their traditional energy use. They will reach their 100% renewable energy goal when they match every unit of electricity used for their operations with a REC on an annual basis.

However, not just any REC will do. Salesforce only buys RECs that are generated from new sources. Their goal is to increase the proportion of renewable energy on the grid. 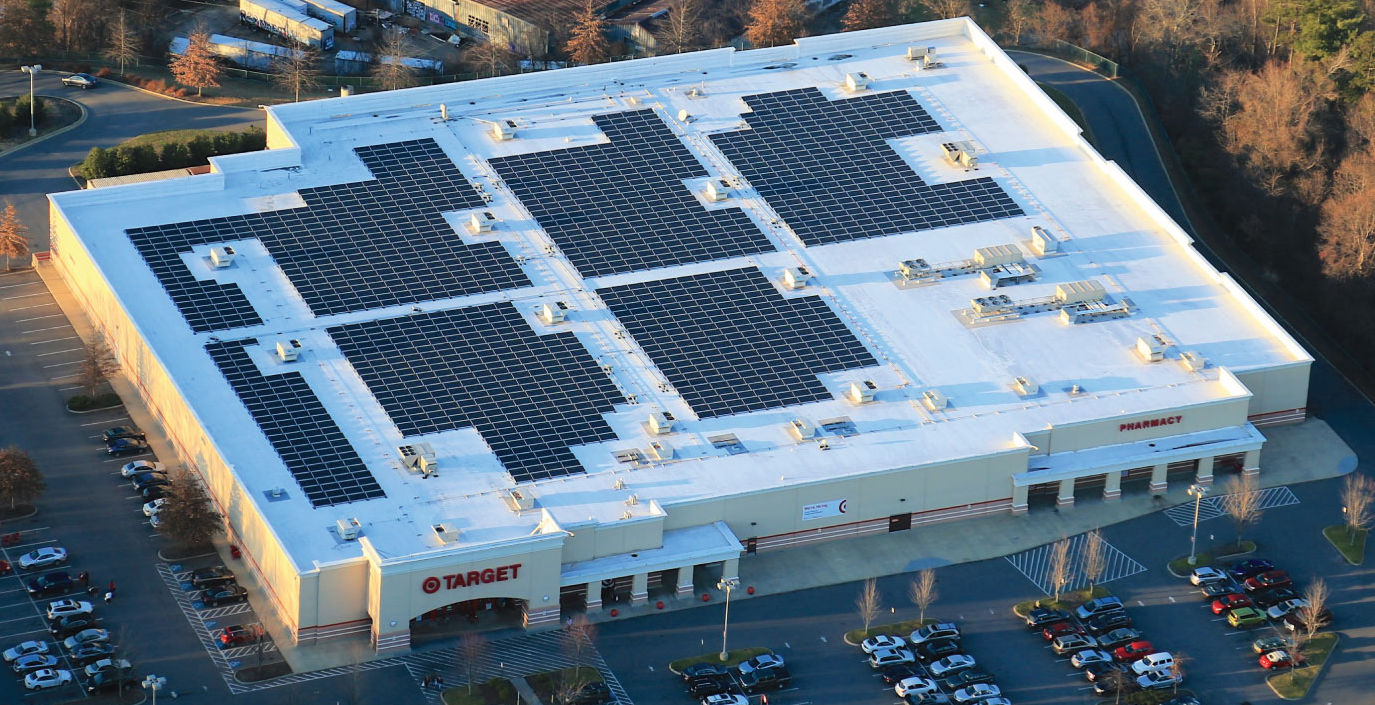 Taking advantage of an eco-friendly commute is starting to become easier.

Using public transportation, biking to work and car sharing are all options that have become more accessible over the past couple of years.

Some companies, such as Apple,  go as far as offering shuttle buses to assist in getting their employees to work. However, not all companies need to provide transportation for their employees. Setting up incentives and programs to encourage environmentally friendly commutes could also a viable solution.

Gender based pay gaps are especially prevalent in the U.S. and U.K. It is estimated that on average women earn 80 cents for every dollar that men earn. 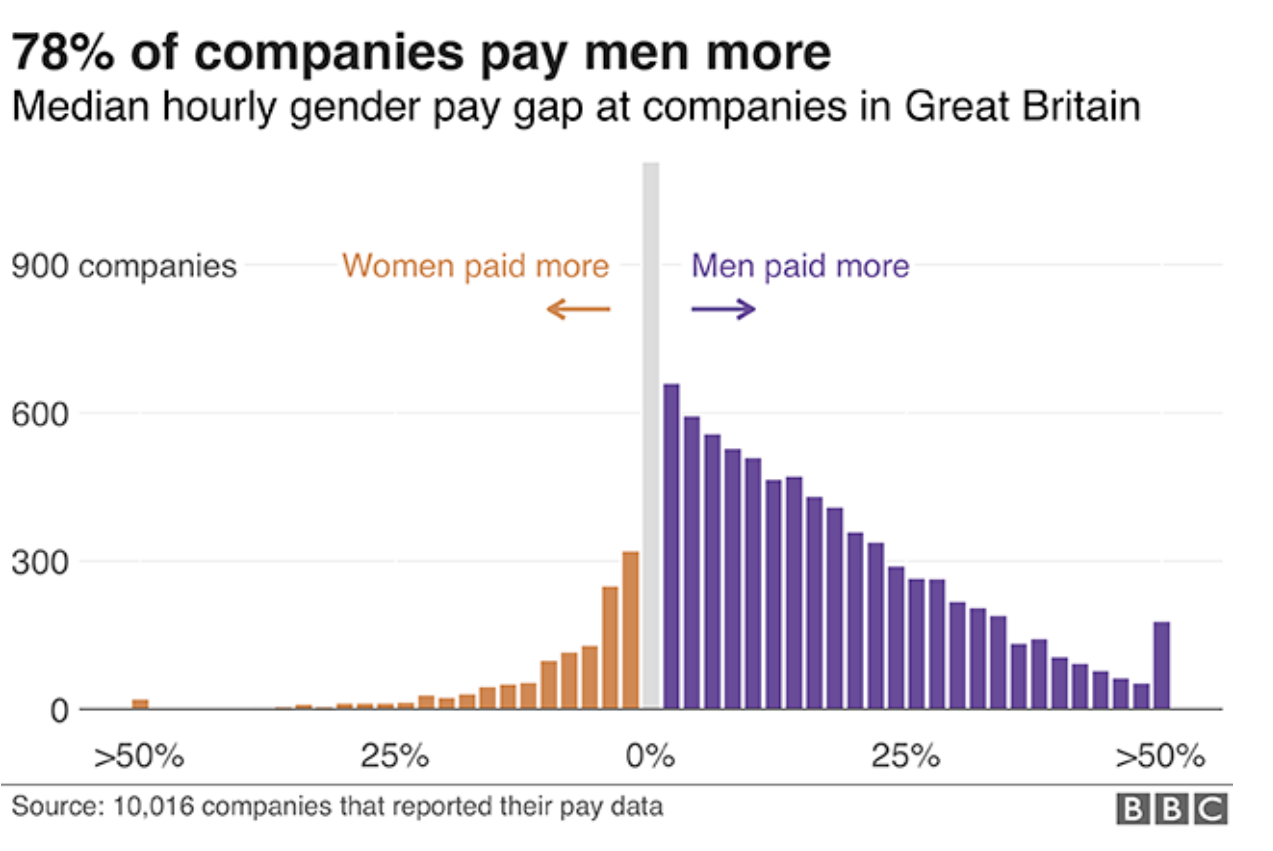 As a result, companies have made an effort to bridge this gap by initiating equal pay assessments and committing funds to adjust their pay practices.

Similarly, another type of gap that has received a lot of attention is the CEO-to-average-worker pay ratio. Although this ratio will never be equal, it is an important indicator of income inequality that publicly traded companies are required to disclose.

10. Increasing Diversity at the Board and Executive Level

Diversity is an important part of any business. Studies have shown that companies with a diverse Board of Directors often have better financial performance.

Companies are making an increased effort to seek out individuals from different backgrounds when filling a board seat or executive position. Fortune 500 companies still have a long way to go regarding diversity.

Nonetheless, we are starting to see more representation from women and people of color on boards and at the highest levels.

Business Ethics has become an integral part of companies’ framework and identity.

As a result, entities have put programs in place to ensure that employees have multiple avenues to report troublesome behavior, conduct or practices without fear of retaliation.

An increasing number of employers are sponsoring charitable matching programs where they match what their employees' donations to charity.

This shows that the employers care and can also encourage people to donate to causes and initiatives.

Some companies organize opportunities for their employees to volunteer for charities rather than than simply encouraging them to volunteer. This is often done by organizing days in which employees can use paid time to get out of the office and volunteer with a charity.

This allows employees to engage with the community and participate in initiatives that they are passionate about.

A few entities take philanthropy a step further and found their own 501(c)(3) charitable organizations.

They are able to leverage their scale, resources and brand to champion various causes and effect change. For instance, Coca-Cola created the Coca-Cola foundation as a way to give back.

15. Giving back to the local community

Businesses have a strong desire to serve those in the local communities that they serve. This can range from putting on local events to help those in need to opening their doors during a natural disaster or other catastrophic event. These grass root efforts build trust and support individuals in their own backyard.

Have you seen other examples of Corporate Social Responsibility? Let us know in the comments!