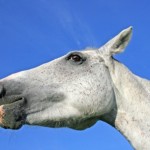 The on-going horsemeat crisis in Europe presents an unprecedented opportunity to promote a move towards a more vegetarian lifestyle, for the betterment of the environment.

Up to 20% of anthropogenic greenhouse gas emissions are derived from livestock or livestock-management activities (including deforestation and transport-related emissions). Over seventy per cent of all agricultural land is devoted to livestock production, equating to at least 30% of the Earth’s land surface.

Livestock production and management accounts for approximately 9% of CO2 emissions worldwide, 37% of methane and 65% of nitrous oxide, and while these statistics can vary depending on the means of calculation and the swathe of factors included, there can be no doubt that the livestock sector is a significant contributor to the global environmental crisis.

Though, proportionally, the contribution of this agricultural sector to overall greenhouse gas emissions in Europe is lower, it is prudent to focus on worldwide statistics since meat products are increasingly being sourced from non-European countries for the European market.

Meat production and supply chains are lengthening and becoming more complex, so the carbon footprints of pre-packaged, processed meat products taken from supermarket shelves and even meat-based meals purchased in food outlets in Europe are ever-expanding.

Thus, given that in Brazil, on average, a single hectare of deforested land is required to support a single beef cow, the increasing penetration of meat sourced from the tropics should be of grave concern.

The pressures imposed on the environment by the livestock sector are only likely to intensify as global demand for meat increases (particularly in the Asian and Latin American markets), although this demand has stabilised in Europe. It will be interesting to see how the horsemeat scandal impacts on meat consumption in Europe in the short-term.

Most likely, there will be a dip in consumption, but demand will probably be restored after a relatively short duration (as occurred with the BSE crisis in the UK). Thus, past experience has shown that major food scandals such as this have had minimal impact on the long-term eating habits of the public, and even less on external source markets.

However, there has been little evidence in the past of an effort on the part of vegetable-growers to seize on the opportunities presented by meat-related food crises to initiate a concerted drive to promote a meat-free or, at least, a meat-poor diet.

If steps are taken now to trumpet the benefits of vegetarianism or reduced meat consumption, in terms of both the health and environmental benefits, the general public is much more likely to be receptive to the message. Of course, cultural obstacles and ingrained habits need to be overcome, but it is certainly easier to modify eating behaviours when the general public are already themselves questioning the safety of the products they are eating.

Bear in mind that, as described elsewhere on the SBt website, the current crisis is not just about the presence of horsemeat in beef products, but the contamination of food.

The vegetarian movement would be well-advised to investigate what are the issues that prevent individuals from preparing meat-free meals. Most of these are probably intuitive; lack of protein, lack of essential oils, less ‘filling’, lack of taste, etc. However, none of these issues are insurmountable, as any vegetarian or vegan will attest. Simply by providing consumers with ideas for meat-free meals, a significant movement towards reducing meat intake could be made.

Thus, by providing people with a viable alternative to meat at this time when their confidence in this staple component of their diet is low, vegetable-growers can not only improve their market share, but also contribute to ameliorating the negative impacts of the livestock industry on the environment.