Environmentally Friendly Car Manufacturers – What Are The Benefits? 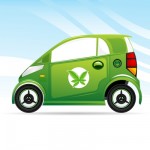 There are estimated to be more than 600 million passenger cars in the world. Emissions from vehicles contribute to global warming and the resultant extreme weather conditions. A study by Meghan E. Smith found that automotive emissions were responsible for between 50 and 90 percent of air pollution in urban areas. According to the World Health Organisation, two million people die prematurely every year due to air pollution. So is there a case to be made for a car manufacturer to be environmentally-friendly?

There is a need to reduce the deleterious emissions produced by cars, and the public is growing ever more aware of this. Environmentally friendly cars are essential to reducing vehicle emissions. Purchasing a green car will not only assuage your conscience but save money by reducing your fuel consumption.

Greater consumer demand for green cars suits car manufacturers well, as demonstrable social responsibility will counteract the demonisation of corporations that has occurred in recent years. In a market as advertising-intensive as cars, the differentiation thus supplied is critical. Some manufacturers have dramatically improved their public image by focussing more on socially responsible products.

A survey in the United States found that 67.9 percent of respondents believed carmakers to be “not very” or “not at all” socially responsible, and 48.1 percent said that this factor was “very” or “quite” important in their choice of car, so improving a company’s appearance in this regard would be very productive through the differentiation it provided. A survey by Ford in 2012 revealed that 35 percent of Europeans would spend more on a greener car, at a time when the survey said 71 percent had reduced their spending. A worldwide survey of 13,500 people by the market research arm of the Aegis Group found that 59 percent of consumers wished to acquire a more environmentally friendly car. 57 percent would like to lead a more environmentally-conscious lifestyle.

Advertising regulators will penalise companies for making false claims of social responsibility, as was the case in the United Kingdom when the Renault Twingo was branded as an environmentally friendly car, depicted with leaves blowing out of its tailpipe, when its emissions are among the worst for a car of that size. When the US government bailed out General Motors, it stipulated that the company become greener. Children are fed the green agenda at school, so pester power serves the environment.

The social responsibility of a car manufacturer should be questioned when its touts its wares as environmentally friendly but lobbies for lower carbon reduction targets. Social responsibility is in evidence if a company takes actions that could harm its business, as when the retailer, Marks & Spencer, began to charge for plastic bags and the utility, British Gas, encouraged reduced use.

A company exists to make a profit, but evidently, it would be worthwhile being environmentally friendly along the way.