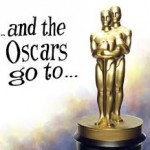 We have been inundated with movie award season over the past couple of months, culminating in the Oscars. Yes, 2013 was a great year for the silver screen. No, I still have not watched 12 Years a Slave but I hear Lupita Nyong’o was fantastic. And my my, have you seen the new style icons of 2014?

Besides all the usual hullabaloo on primetime TV, it is worth exploring backstage to discover how highly environmental sustainability ranks for some of the major players in this industry. Dipping my toe off the shores on both sides of the lake, I am taking a look at how BAFTA and the Oscars (or Academy Awards) are incorporating environmental conscience into their principles and how this plays out in action at celebrations.

BAFTA, the British Academy of Film and Television Arts, signed up to the 10:10 initiative in 2010. This initiative, in effect, is a promise to reduce carbon emissions by 10% within a year, and comprises a variety of methods from locations around the globe, including traffic lighting in Chicago and identification of heating or cooling inefficiencies in buildings from King’s College, London. Although by mid-2011, BAFTA had not attained its goal, it had achieved an almost 5% reduction in carbon emissions, a significant decrease considering the 25% expansion in business over the same time-frame.

The collaborative approach to sustainability is popular with BAFTA, partnering with the UK Film Council in 2010 to host ‘Greening the Screen’, a guiding toolkit for sustainability in screen production. Another ‘Greening the Screen’ event was hosted in 2012, focusing on ALBERT, the first carbon calculator developed specifically for the television industry. Besides the BAFTA Albert Consortium, founded in 2011, which comprises a dozen of the UK’s largest production companies and broadcasters and is dedicated to decreasing negative environmental impacts of the industry, BAFTA is partnered with Julie’s Bicycle. This is a not-for-profit organisation, involved with all creative industries and working with over 1000 organisations, aiming to bring environmental sustainability to the forefront of the field.

In more practical terms, BAFTA has a recycling programme installed in all its offices, bars and function facilities and energy-efficient lighting was installed in 2010. You may be wondering whether environmental sustainability is all backstage, but fear not: apparently, 94% of the set of Nanny McPhee (2010) was recycled. 2010 was definitely a year for environmental ethics for BAFTA.

The USA – The Oscars

The Oscars have been officially environmentally friendly since 2007 – convenient timing to match the arrival of ‘An Inconvenient Truth’ that same year. Collaboration once again formed the basis of efforts to make the event more sustainable: the then producer, Laura Ziskin, worked alongside the Natural Resources Defense Council to minimise environmental impacts of this institution. This initiative has fortunately been followed and improved upon since.

The 79th Academy Awards boasted the use of hybrid vehicles for their staff, additionally seeing the support of actors such as Leonardo DiCaprio, who arrived in a plug-in hybrid car himself. Biodegradable dishware for the staff and abundant recycling facilities backstage were further major features of attempts to show environmental awareness.

Last year, efforts were stepped up, including the replacement of all disposable water bottles for staff with refillable ones, and 100% recycled bathroom towels and tissue. Simple tasks, such as double-sided copying, resulted in the reduction of paper use by over an incredible 10,000 sheets, and all paper used was certified by the Forest Stewardship Council. The glamorous red carpet rolled out for the 85th annual awards in 2013 was the very same one used the year before, and apparently, besides being made of 100% recycled material, was used this year as well.

What happens to all the food and flowers?

As you may well know from parties of your own, there is an insane amount of waste left over at the end. This number reaches a grand 50 tonnes of non-food waste at the Oscars, of which 70% is thankfully recycled or re-used. Considering the importance of fancy food at such a glitzy affair, it is also encouraging to know that at the Oscars they source local, and choose Seafood Watch Certified products. Untouched food is donated: in 2013 it went to LA Specialty Chefs to End Hunger. Even the floral arrangements are put to use after their life is over, being re-used as decoration elsewhere while they last or ending up in the compost heap.

It’s all about appearances

And whilst we are moving towards the direction of design and appearance, lighting and fashion have not missed the chance to get involved with this effort. All lighting is now LED or fluorescent in place of incandescent, and the grand chandelier (apparently the largest in the world) featured at the Governors’ Ball in 2013 boasted 18,000 LED light points. Hopefully, such technology is less temperamental than that of fickle Christmas lights! Sustainability in fashion was made big by the founding of ‘Red Carpet Green Dress’ in 2009, which hosts a competition for raising environmental awareness through fashion choices.

What a noble industry!

A conscious effort to reduce environmental impact by such culturally influential organisations helps instil the significance of environmental sustainability in viewers and fans, as well as encouraging others in the field to follow suit. Not only are there direct environmental benefits, the greater demand for sustainable products allows industries to prosper, in turn making available their services to more and more organisations. Moreover, the Morgan Stanley Capital World Index showed that companies which improved their performance in the sustainability sector over 2006 – 2008 were found to surpass those which didn’t by 11% in the financial sector during 2008/2009. Of course, where would we be without the financial benefits linked to such decisions?