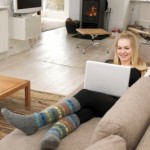 With Yahoo’s Marissa Mayer recently facing a barrage of criticism in banning staff from working at home, Rob Fenn at the British Assessment Bureau takes a look at the environmental and business benefits of home working, as well as some of the challenges associated with providing staff with the flexibility to choose where they work.

When initially touted, the concept of working from home was considered ‘the future’ and, on paper, it clearly makes sense. In an age of fast internet connections and innovative cloud-based technology, surely employee productivity would be far higher when working at home against wasting hours in the car on the daily commute? Similarly, won’t employees be far more motivated without the stressful daily journey on our much maligned public transport network?

In February however, Yahoo’s latest CEO Marissa Mayer bucked the trend by sending an email to her staff to end the company’s policy of home working. It left hundreds of staff facing the decision to either relocate to their closest office, or leaving. They had until this month to make the decision.

The justification? Despite being ranked in the “Top 50 Best Places to Work” by Business Insider for 2013 doesn’t get round the inescapable fact that Yahoo’s revenues have fallen by over 20% in the last two years. In 2012, operating profit has nose-dived by 30% as a result. Big things are expected of ex-Google employee Mayer, as shown by Yahoo’s stock going up by 45% since she took over last July.

Mayer has needed to make changs then, and she argued “Some of the best decisions and insights come from hallway and cafeteria discussions, meeting new people, and impromptu team meetings,”

So why is Mayer so wrong? Well, let’s take a balanced look at the research to see if we can conclude if home working really is the future, or if Mayer’s decision will in fact encourage other CEO’s to back-pedal too.

Interestingly, the UK is already lagging behind the rest of Europe when it comes to working from home. In the mainland, 90% of employees are offered flexible working arrangements compared to 48% here.

Mobile and broadband providers O2 trialled home-working with a quarter of staff at their Slough UK headquarters. In just one day, this meant 2,000 hours of commuting hours and 12 tonnes of CO2 emissions were saved. Commuters in Slough may also have noticed as easier journey to work with 1,000 fewer cars on the road!

Encouragingly, employees used the time saved commuting to start working. As a result, 9 out of 10 say they were just as productive as on a normal day, with a sizeable 36% of these saying they were actually more productive. O2’s business director Ben Dowd described the pilot as an “astonishing success”.

Rivals Vodafone have also experimented with home-working over a much longer two-year period. It was initially trialled out of necessity; due to the bad snow in 2010 impolitely arriving around the same time of the company’s biggest product launch: Apple’s iPhone.

It’s fair to say the company is now converted to the idea, thanks to absenteeism dropping from 6% to 4.5%. They also noted performance improvement and big cost savings; a home worker cost £6,000 versus an officer worker at £12,000. A large part of this is down to smaller offices being needed. With it thought to cost up to £10,000 a year to maintain a single desk, it shows many organisations have bigger offices than are needed. Downsizing means less rent and improved energy efficiency.

Absenteeism is a valid point when the UK often grounds to a halt when under adverse weather conditions. In a study of 300 firms, the Industrial Society found absence fell from 8 days per employee to 6.5 days over an 18 month period where home-working and flexible hours were introduced.

Moving abroad, Stanford University carried out a study in 2013 on CTrip, a 16,000 strong Chinese travel agency. Call centre employees who volunteered to take part were randomly assigned to work from either home or in the office over a 9 month period. Home-workers achieved a 13% performance increase, of which about 9% was from working more minutes per shift (due to fewer breaks and sick-days) and 4% from more calls per minute (attributed to a quieter working environment).

It is worth noting that 50% of home-workers in the Stanford study decided to come back after the experiment, due to missing the social interaction at work. So perhaps Marissa Mayer’s doubts on home-working aren’t without founding.

You may also have noticed that these studies are at very large firms, using people with roles that are easily measurable. As such, the results could be very different for a smaller company and much harder to measure if job roles are complex.

Enkata, a firm specialising in workforce analytics, carried out their own research and painted a rather different picture to some of the studies found above. Data showed office-based workers were 50% more productive than people at home. They also found perhaps the office isn’t so distracting after all, with home-workers having 30% more idle time (i.e. breaks) compared to their office-based colleagues.

Theories to explain these results included office-based employees being able to gain timely access to knowledgeable peers, helping with productivity. They also may have had a better idea of what was expected of them in comparison to home-workers.

Whilst Yahoo have received a lot of flak thanks to Mayer’s request, Google have managed to fly under the radar despite sharing a similar philosophy (remember, Mayer is ex-Google). ir CFO Patrick Pichette was quoted saying, “People think, “Well, because you’re at Google you can work from anywhere.” Yes, you can work from anywhere, but many just commute to offices … Working from the office is really important.” When asked how many of Google’s employees work from home he responded with “As few as possible”.

Silicon Valley neighbours Twitter and Facebook all have policies where employees can work from home on an as-needed basis, as long as their managers approve the time away from the office. But then again, on paper, so does Google.

What a lot of research indicates is that, whilst home-working holds multiple benefits, success is dependent on how the strategy is maintained and measured. Preparation is also key when starting a pilot project; will people working remotely have a reliable internet connection? Do they have access to the tools and software they need? Will they be able to get timely help from the relevant people when required? All factors that could unfairly affect productivity figures.

The reality is you cannot manage home-workers exactly how you would manage office staff. In essence, successful flexible working allows freedom in choosing how to get things done whilst establishing clearly what the results need to be. For success, there needs to be a well thought out plan in place which meets employee needs and the needs of the business.

Managers will need the right tools for monitoring and employees will need to understand what is expected of them in more detail. They should be left knowing how their work fits into overall objectives, so they remain engaged, not isolated. Achieve this, and staff will be motivated to deliver high-quality work responsibly and quickly.

From an employee point of view, it’s been found that home-workers are 50% less likely to get promoted. To not be pigeon-holed by a cynic’s impression of what working from home is like, it’s therefore important to manage your impression on colleagues actively. It’s important that the people that matter are well aware of your productivity on an ongoing basis.

When implemented in the right way, home-working can save massive running costs and even boost environmental credentials. With locality suddenly a non-issue, it also means you can source staff from a broader pool, with the potential to hire people in lower cost areas. It’s been shown that a flexible approach not only boosts productivity, but motivation, which has been reflected in lower absenteeism and staff attrition figures.

Based on the plethora of benefits, if you haven’t experimented with flexible working, it’s certainly worth trying. In reality, the debate isn’t about if it can work, but how to make it work. To quote Richard Branson, head of the Virgin Group, Marissa Mayer’s attitude “seems a backwards step in an age when remote working is easier and more effective than ever”. 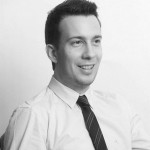