The environment and the media 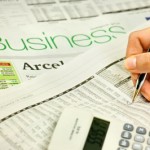 It is little wonder that action on climate change is not high on the government’s agenda when the media is working to ensure it is not a priority concern for much of the public.

A study of the British tabloid press between 2000 and 2006 found that “tabloid coverage significantly diverged from the scientific consensus that humans contribute to climate change. Moreover, there was no consistent increase in the percentage of accurate coverage throughout the period of analysis and across all tabloid newspapers.”

Despite 97% of climate science papers agreeing on the anthropogenic origins of climate change, the study found that one third of British tabloid coverage of environmental issues between 2000 and 2006 was dedicated to the view that global warming was a natural, not man-made, occurrence.

Figures published in The Guardian show that The Sun enjoys the highest circulation of any tabloid newspaper, with a 28.4% market share of all print news. Rupert Murdoch, the CEO of News Corporation (the owners of The Sun), controls a media empire that enjoys 33.2% of weekly newspaper sales (News Corporation also owns The Times), and holds a 5.5% stake in Genie Oil and Gas Inc., a subsidiary of the fossil fuels company Genie Energy Ltd.

Clearly, Murdoch has a vested interest in the continuing success of the oil industry – an industry that is the primary root of CO2 emissions in Britain. If his newspapers were to set a pro-environment agenda, and encourage his readership to support the push for more renewable energy generation, Murdoch would stand to lose out financially. As highlighted by the recent Leveson Inquiry, Murdoch has enjoyed a close relationship with the British government – in 2002, David Cameron claimed that “I think on all sides of the House there is a bit of a need to say, hand on heart, that we all did too much cosying up to Rupert Murdoch.”

Maintaining the status quo (i.e. an ever-expanding global economy built on fossil fuel consumption), rather than moving towards a sustainable world system, is in the collective interest of the political, media and business elite, as they enjoy the benefits that the system confers; unfortunately, Murdoch is not an anomaly. Ian Taylor, the CEO of Vitol (the world’s third biggest oil trading company), donated £500,000 to the Better Together campaign (which opposes Scottish independence), and has allegedly donated £466,000 to the Conservative Party under Cameron.

Fares Fares, the director and executive vice-President of Wedge Group (a wide-ranging company whose portfolio includes investments in oil and gas) has donated significant amounts to the Conservative party, as has Ayman Asfari, founder and CEO of Petrofac, as well as the gas and electricity supplier Scottish Gas. Unfortunately, the fossil fuels industry enjoys a close relationship with our government.

Conversely, the disjointed and underfunded nature of the green lobby means that its voice is not as loud as that of big business, and members of the political, media and business elite are striving to ensure that this does not change. Because they stand against the environmentally damaging economic system from which the elite are benefitting, environmental interest groups “garner… unflattering attention” from the media.

The nature of capitalism means that those with the most money have the loudest voices, and those who are benefitting most from the system will fight the hardest to prevent change. As discouraging as this may seem, change is surely inevitable, and we must work to ensure that this change is in the interest of more than a slim, self-interested section of society.