Emission Trading: Is A Market-Fix To Environmental Problems Failing? 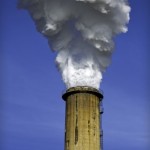 Many innovative policy tools have been created over the last two decades to tackle environmental challenges of the contemporary world.

The ‘carbon market‘ has become one of the significant features of this new policy landscape.

Yet the year started with gloomy news for carbon market enthusiasts. In early January, Bloomberg New Energy Finance reported the fall in the value of carbon market by 36% in 2012. Carbon prices are below expectations and did not boost abatement behavior, which in turn raised doubts over the assumed benefits of such schemes.

Here I will first look at the rationale behind emission trading, then see whether the reality matches the rhetoric behind and finish with considerations whether it is the right approach to the problem in question.

Carbon or emission trading schemes aim to encourage pollution abatement by allocating or selling companies permits to cover their annual emissions. In effect, it has created an entirely new commodity to be traded, referred by some as ‘a market in the right to pollute’.

To establish a market for carbon trading, the regulator sets the total quantity of emissions that is to be allowed, so called ‘cap’. The cap is then divided into many small quantities (called allowances or permits) and the control authority determines how the initial amount of permits is distributed between firms in the economy. In most of the currently functioning trading schemes allowances are allocated according to a percentage of baseline emissions, i.e. all firms must hold allowances equal (or lower) to their emissions in a given period of time.

Each company must then either reduce its emissions or buy allowance from someone else, and will do so depending on the initial allocation and their marginal abatement costs. The most efficient companies can do the bigger share of the total abatement and sell unused allowances to more backward producers.

This possibility to exchange (i.e. trade) permits is supposed to equalise marginal abatement costs between companies. The efficiency gains would in turn minimize overall costs of our efforts to reduce emissions. In addition, this would also encourage polluters to innovate in order to reduce prices of compliance.

Many countries have started emission trading over the last decade or are planning to do so in the near future. There is no single carbon market yet, but the schemes could potentially grow into an international scheme in the future.

Lets take an example of the EU which operates the world’s largest carbon market. The Emissions Trading Scheme (ETS) covers nearly half of all EU CO2 emissions, 40 percent of greenhouse gas emissions and aims at cutting 21% emissions below 2005 levels by 2020.

Under the scheme, member states have allocated a quota of carbon permits to some 12,000 industrial firms and power plants. Allocations are based mainly on historical emissions. An emission cap has been defined for each individual plant, via a National Allocation Plan (NAP) submitted by member states and approved by the Commission.

The recent downturn in the market uncovered many existing problems with respect to effectiveness and design of the ETS.

A generous allocation of the permits under the ETS, was the main factor driving carbon prices down. This meant that the actual emissions have been clearly below the cap allowed thus scarcity of allowances was insufficient to encourage abatement behavior or investments in energy efficiency and green technologies.

This is partly because the objective of the first phase of the ETS (2005-2007) was to establish the infrastructure and institutions necessary for emissions trading. Therefore, the cap was deliberately loose, although it was expected to be below business-as-usual emissions, so that scarcity of allowances would be created.

Yet, a surplus generated by recession has plunged the price to less than €6 per tonne, way below the levels needed to encourage low carbon investment, or put the EU on track for its 2050 target (in comparison, it is estimated that a carbon price of €150 per tonne would be needed to avoid global warming).

A different perspective on carbon markets

Aside from the operational difficulties, critics question whether carbon trading is the right approach to help reduce carbon emissions.

Larry Lohmann, a founding member of the Durban Group for Climate Justice, offers a very strong critique of the emission trading mechanisms in his book “Carbon Trading: A Critical Conversation on Climate Change, Privatization and Power” (the book can be downloaded for free at: here)

Behind the expansion of carbon markets is the faith in the free market and its ability to fix environmental problems. However, the slogans about universal effectiveness of markets, Lohman argues, bypass the central issues to the problem in question, such as fossil fuel overuse, ownership, corporate power, and right to democratic enquiry.

Instead, broad social and political change is required for breaking industrialized societies’ addiction to fossil fuel. Part of such change would be a phase out of public subsidy for fossil fuels. This covers a range of activities from domestic and foreign pipeline development to highway construction, airport expansion, long-distance shipping, military operations, tax exemptions for aviation and bunker fuel users, low-cost credit and insurance for fossil fuel etc. Those subsidies could be redirected towards climate friendly activities such as renewable energy or smallholder agriculture.

Other alternative approaches discussed in the book cover conventional regulations for carbon use, carbon taxes, legal actions and the bigger role for community level initiatives. These policies are better targeted at addressing climate change than emission trading which is biased mainly towards a short term cost reduction for industry.

It seems like putting a price on carbon through emission trading has become a mainstream approach in climate change policy recently. Trading systems might indeed be easier to implement politically. However, it is becoming quite obvious that current prices of greenhouse gas emissions fail to reflect their marginal social costs. Moreover, it doesn’t address a bunch of underlying activities behind the environmental degradation. Thus, emission trading shouldn’t be more than a complementary tool at best in any meaningful climate change policy.

What is your view on carbon markets? Is it a cost effective solution to reduce emissions and foster innovation? Or does it just distract attention away from underlying causes of environmental degradation?