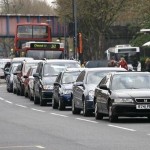 Carrying out some preliminary research for this piece, I popped the words ‘motoring’ and ‘freedom’ into Google in a rather cursory attempt to see if anyone else had much to say on my topic. The results were telling.

Returned were several pages of listings for driving schools – Freedom School of Motoring, Freedom Learners, Freedom Driver Training. Unwittingly, I had stumbled across a great illustration of how society perceives motoring and its unique benefits.

Most of us have grown up with the idea that driving is freedom. The catharsis of getting in the car and hitting the ‘open road’ has long been a mythologised in pop culture, from the dusty American road movies of the 60s and 70s to wide-angle aerial shots of Top Gear presenters winding up an Austrian mountain pass. When we turn 17, our parents are only too happy to pack us off to driving lessons in the name of independence – the beginning of a lifetime on four wheels.

A car is the most useful thing you can own, a trusted companion and a vital asset to countless millions.

But is it time to dial back our co-dependent relationship with the internal combustion engine – and open up our transport options?

Driving is Freedom, or is it?

In the 2012 British Social Attitudes survey, 41% of respondents agreed that they could easily walk the journeys under two miles that they routinely drive. 39% and 33% said they could make these trips by bike and public transport respectively.

Yet, in the face of gridlocked town centres and rising fuel costs, we cling to our cars.

We have been socialised into using cars for all journeys, long and short. It’s easy to see why – it’s personal, not subject to timetables, requires minimal physical effort and can travel anywhere where there are roads – the best-developed and furthest-reaching transport infrastructure.

The government spends £800 million a year on road development and measures such as freezing fuel duty keep drivers on the road. All steps are taken to make driving as easy as possible, and therein lies the problem.

For the sake of this convenience and familiarity we rule out other travel options. Friday night booze runs to the corner shop, dropping the kids at school – journeys that may be a mile or two in length, but we still don’t think twice about jumping in the car.

So accustomed are we to short car journeys that it becomes almost unthinkable to make meaningful changes to our daily travel. We trot out the usual excuses about inclement weather and time constraints. At the same time, we forget that the average Brit spends 35 hours a year stuck in traffic and that the average annual cost of running a car exceeds £5,000 per year.

This particular brand of doublethink shackles us tighter to the car, closing our minds and leaving us feeling helpless when it breaks down.

Of course, many people’s current lifestyles could not be feasibly maintained without access to a motor vehicle. Cars are ‘built in’ to our infrastructure in many ways, such as large, out-of-town supermarkets and public transport links that do not provide adequate cover to less populated areas.

The charity Sustrans estimates that 21% of car journeys could be replaced by public transport – but this is not enough. For most, driving is more practical than relying on an hourly rural bus or spending thousands on an annual train season ticket.

This is a self-sustaining cycle. Unwillingness to change our transport habits tempers the demand for better bus, train and cycle provisions. Buses remain infrequent, trains costly and cycle routes scarce. We flock to our cars in droves, motorways are widened, bypasses built and spending on roads dwarfs any government efforts to promote alternatives.

£94m earmarked for cycling in cities, for instance, looks like peanuts compared to the £6bn allocated this year to repairing potholes. As ever, driving appears to be the only plausible option for getting around.

The phrase ‘vote with your feet’ has never been more apt. Millions of cyclists in London are already bucking transport trends. The recent ‘die-in’ protest at the Transport for London offices is reminiscent of the outburst of activism in countries such as Holland which hailed the onset of the 1970s ‘bike boom’.

Transformation will not happen on its own, however – it is fundamentally a question of choice. The pitfalls of driving and its environmental damage are well-documented – but will we rip off the Band-Aid and take our own action? Lifestyle changes are often difficult and require a degree of sacrifice, but have the potential to vastly improve our transport options.

Our personal decisions will be the driving factor in the transport revolution that the UK needs.

About the Author Tom Vaughan