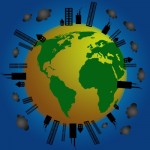 The United Nations Doha climate change conference concluded on 8 December, yet the conclusions seem to indicate little if any progress in international climate change negotiations.

The key objective of the conference was to address the post-2012 period of international negotiations, when the emission targets for the Kyoto Protocol’s first commitment period end.

Some see the conference as a way forward for the future intergovernmental action. In the words of COP 18 President Abdullah bin Hamad Al-Attiyah “Doha has opened up a new gateway to bigger ambition and to greater action—the Doha Climate Gateway.”

The president refers to a package of deals agreed in the conference that set out a work programme through which both rich and developing countries can deliver a new international climate agreement by 2015.

Yet, it seems that promises are once again greater than details on how to deliver them.

Below are three key decisions agreed by the participating parties.

The first commitment period included binding targets for 37 industrialized countries and the EU to achieve average emission reductions by 5.2% below 1990 levels by 2008-2012 – already a non-ambitious target in the light of ‘mitigation gap’.

States agreed in Doha that the second commitment period “can” be provisionally applied from 1 January 2013.

However, it is well documented that the agreed average 18% emission reduction by Annex I parties (developed countries and economies in transition) from 1990 levels in 2013-2020 is not nearly enough to put the world on track to avoid the 2ºC temperature increase limit.

Moreover, many of these pledges are underspecified and it is difficult to measure the progress made towards the achievement of the targets.

In any case, it is hard to believe that any of the countries has taken the commitment seriously since countries so far have felt free to exit commitments whenever it was of their convenience.

Many already accepted the fact that the US would never ratify the Protocol. However, they probably did not expect that some of the key Kyoto Protocol parties would follow the suit as Japan, Canada, New Zealand and the Russian Federation did, by refusing to take on commitments in the second commitment period.

The final negotiating text is also short on details on participation in pre-2020 emissions cuts by non-Kyoto partners. Among those are the world’s first and fourth biggest polluters, developing nations China and India, as well as the second-placed United States.

Can the treaty be meaningful with the absence of key emitters?

It urges all developed country parties to scale up climate finance from a wide variety of sources, to achieve the joint goal of mobilizing US$100 billion per year by 2020.

It is not clear, however, how realistic such promises are since historically they have not been realized. There is a big uncertainty whether they will be now.

The financial crisis made a funding situation even more dubious. It is becoming to be widely recognised that public sector financing (through government donors) is unlikely to generate the level of resources that are necessary.

A challenge of the international community now is to establish potential channels for resources from the private sector and financial institutions.

Flow of finance is expected to come from REDD+ and other market mechanisms established by the convention. Yet, a large volume of work is still required on this issue, particularly MRV (measuring, reporting and verification) of support and tracking of climate finance and national forest monitoring systems.

3) Parties expressed support for the decisions taken in Durban (2011) to develop “a protocol, another legal instrument or an agreed outcome with legal force under the Convention applicable to all parties” with the objective to be developed no later than 2015, so it can be implemented beginning in 2020.

To begin with, many have expressed doubts whether it is feasible to establish a legal and biding instrument at an international level. In order to ensure participation and meaningful engagement some sort of compliance mechanism is needed. This is difficult as national sovereignty is still the dominant principle. It implies that no international organisation has the power to enforce an efficient outcome – or enforce law on sovereign states; thus, we are essentially relying on voluntary cooperation.

In addition, divergent views prevailed in Doha on how the mandate will be “applicable to all,” and whether the Convention principles, including the principles of equity and common but differentiated responsibilities, will be at the core of the new regime.

Particularly, developing and developed countries still disagree on the principles that would define the scope of countries’ involvement in emissions mitigating activities. Developing countries point to the responsibility of industrialized countries for the historic build-up of greenhouse gas concentrations, and, more controversially, claim that developing countries are entitled to some form of compensation for taking on environmental commitments, especially if doing so may impact poverty reduction efforts.

Current intergovernmental approach to tackle climate change is limited in both, depth (targets are not ambitious enough) and extent (frequent abstention of key players). Unfortunately, the last few conferences of the parties (COP) have not efficiently addressed these issues and a meaningful global deal on climate change does not seem to be realistic in the near future.

Thanks for summarizing the results of the Doha Climate Change Conference. It is clear and will help more people to acquire a perspective on the issue.

Thanks Leyland, glad to hear you liked it.