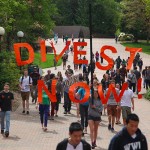 Seventeen philanthropic foundations have committed to pulling their money out of fossil fuel companies in a major coup for the divestment movement.

The foundations, which include the Wallace Global Fund, the Sierra Club Foundation, and the Russell Family Foundation, have called for other philanthropic bodies to join them at the vanguard of climate-conscious investing.

Divest-Invest Philanthropy, as the group call themselves, asks other foundations to embark on a three-step process: assess portfolios’ exposure to climate risk; consult with trustees to devise a climate-aware investment strategy; and commit to a timetable for eliminating fossil fuel stocks and instead channelling money into a low carbon future.

The testimonials provided by each participating foundation are a striking clarion call for climate action, describing fossil fuel investments as “antithetical” to their grant-giving missions.

But it’s not just an ethical move: as charitable foundations, these investors do have an implicit mandate to consider extra-financial factors which may undermine their philanthropic programmes, but they make clear that when it comes to climate change, the impacts may be all too financial.

The group draws on Carbon Tracker’s ‘stranded assets’ thesis which predicts massive devaluation of fossil fuel companies in the future if strict carbon regulations come into force. Whilst critics have suggested that this may not happen, Carbon Tracker clearly found willing ears with these 17 charitable heavyweights who state they “are confident of comparable or superior returns” without these stocks in their portfolios.

Altogether, the foundations in question have nearly $1.8 billion in assets under management, making their shareholdings modest in the world of investments. To put their assets into perspective, US oil and gas giant Exxon is valued at $400 billion alone. Critics of the divestment movement have noted that such modest investors are unlikely to significantly affect the carbon-heavy companies in question. It has been suggested that remaining invested in fossil fuels and using shareholdings to effect change from within may be a more impactful strategy.

Although there is some validity to these arguments, Divest-Invest Philanthropy’s move is broadly positive for three reasons.

Firstly, if their means are too modest to cause concern by divestment, they are arguably also unlikely to gain traction working from within.

Secondly, research from the Smith School of Enterprise and the Environment has shown that whilst the direct impact of divestment may be limited, the indirect impacts may be more meritorious. The School’s report suggests that stigmatisation of such companies will affect how they do business, including a smaller pool of willing suppliers and governments seeking cleaner alternatives for contracts.

Finally, there is no reason for an either/or approach; we need to rapidly transition to a low carbon world and it’s going to take a multiplicity of tactics to get us there.

These foundations have taken an admirable lead in bringing us one step closer to a climate-secure future. Now we need to see them sharing their experiences and knowledge with peers so that more organisations can make an active and informed choice rather than continuing business as usual.

But even more crucially, we need to see climate-conscious investing go mainstream. Investors like Blackrock, which has a whopping $4 trillion in assets under management and whose decisions really could shape the market, have got to step up and start investing with our planetary future in mind.

These 17 foundations are taking the lead, and that’s laudable, but unless the Blackrocks of the world start to follow, we may not see the change we so desperately need.