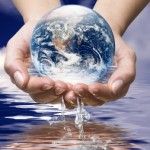 The time has come for a dramatic change in approach to tackling climate change on a global level. Successive rounds of climate change talks under the auspices of the UN have failed to generate anything like the impetus necessary to make any headway into decelerating the increased production of greenhouse gases or other environmental damage, never mind reversing the trends of the past 100 years. The immensity of the task and the difficulties being encountered are understandable, given the diversity of political, social and economic positions that must all be weighed and considered.

Thus, it is not surprising that a large inter-governmental organisation like the UN has had difficulty in reconciling the various view-points and interests of such diverse backgrounds. Take one step down the political hierarchy ladder, i.e. to national governments, and the possibility of making decisions of this nature does not improve. Multi-party systems and lobbying activity often result in the environmental decision-making process becoming bogged down in claim and counter-claim, proposals and revisions, green papers and successive pilot studies. Even when some legislation eventually is enacted, it can be revoked by a change in government (cf. the current political arguments in Australia on the carbon tax).

So, it is perhaps becoming clearer that inter-governmental organisations and national governments are not best-placed to advance environmental legislation. Nor does it appear that we can expect the general public to rapidly change their environmentally-destructive habits of their own accord. Instead, maybe we should look to local government to lead the way in this regard. There are a number of reasons why devolving climate change decisions to this political level could be advantageous:

1. Local government officials are more in tune with the needs of their area, so local environmental strategies are more likely to be better adapted.

2. Lobbyists tend to have less control over local government because it is more dispersed, thus vested interests are easier to control.

3. The public can be more involved in local government, and thereby can better direct their own contributions to the environmental effort.

4. Having local governments develop their own policies would likely generate competition between areas to achieve the best outcomes.

5. Decisions are more likely to be made and acted on as local government will welcome the devolution of this ‘power’ to their jurisdiction and will be keen to demonstrate success in order to retain it.

6. There would be greater freedom for local government to form diverse strategies for attaining targets, rather than the typical over-arching ‘one-size-fits-all’ national approach.

That this approach can work is evidenced by the growing number of city councils worldwide that are ignoring the lack of national policy in endeavouring to become ‘carbon neutral’ and individual states in the US that legislate for their own emissions targets that improve on national targets.

Obviously, it is not simply a matter of handing over the decision-making process to local council officials who are unlikely to have the experience, support or resources necessary to make choices of such significant impact. However, national and inter-national organisations have the wealth of experience and resources necessary to allow such individuals and groups to make informed decisions. And while parliaments might like to impose minimum targets to ensure that all areas perform at least to some extent (and could even with-hold budgetary funding if they don’t so as to give further impetus to their efforts), local government could be given the freedom to decide how best to reach those targets in their area (and perhaps be rewarded with extra funding if they achieve or exceed those targets).

Clearly, an entirely new concept is needed to legislate for environmental protection and mitigation efforts in the face of climate change. The top-down approach of the past few decades has failed. The bottom-up approach has only had limited success in changing peoples’ habits. A multi-lateral approach is clearly the best, but perhaps it should be led from the middle, with the oversight of national governments and inter-governmental organisations and the support of the general public.