Decreasing Plastic Waste – Are Plastic Bags On Their Way Out? 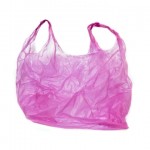 The Scottish Environment Secretary, Richard Lochhead, has announced that consumers will be charged five pence (8 cents or 2 euro cents) for carrier bags in an effort towards decreasing plastic waste, starting in October 2013. The proceeds of the levy will be used for “good causes” such as environmental projects, with USD7.6/GBP5/EUR5.84 million expected to be raised a year. Small shops will be exempt. Lochhead remarked that 750 million bags are doled out by retailers in Scotland every year, adding, “We use more carrier bags per head in Scotland than any other part of the UK and this is unsustainable.”

The Northern Ireland Executive recently announced that it wished to double the existing five pence charge. Wales introduced its own charge in 2011, which has drastically reduced the usage of bags: some retailers virtually eliminated bag use within months of the launch of the fee. The law is yet to be approved by the Scottish parliament, but if it passes there will be greater pressure on the UK national government to pass a similar law in England. In 2011, English shoppers took home 7.5 percent more plastic bags while those in Wales reduced use by 22 percent.

One study found that over 70 percent of the plastic waste off the coast of Tuscany in 2011 was in the shape of plastic bags. The European Commission will soon legislate on the issue, with possible options being an EU-wide bag levy, a complete ban similar to that recently introduced in Italy, increased use of biodegradable bags, and a reduction in the weight of bags. The British Prime Minister, David Cameron, declared that he would resort to legislation if bag use did not decrease, although the Treasury blocked an attempt at a levy in 2012 because it would be seen as another increase in the cost of living. The Republic of Ireland’s tax of around 30 cents a bag was the first in the world. China banned plastic bags in 2008.

Taxes and outright bans have been instituted by some cities of the United States. There’s barely a bag in sight in San Francisco or Seattle. Seattle effected a ban in the summer of 2012. Restaurants escape if they provide takeaway food. Only a handful of people are tasked with enforcement – customer complaints are the principal source of information. 64 percent of customers and 61 percent of employees support the ban. Dick Lilly, the city’s manager for waste prevention, said, “It didn’t take people very long to accommodate at all. Basically overnight those grocery and drugstore bags were gone.” Washington has a five cent tax which caused bag use to fall sharply, but many experts believe the charge should be even higher. This levy raised USD5/GBP3.28/EUR3.83 million in a year, which was very welcome given that state tax revenues are at an all-time low.

Ron Gonen, New York’s deputy commissioner of sanitation for recycling and waste reduction, disclosed, “Plastic shopping bags are an enormous problem for New York City.” The government of the Big Apple pays $10 million a year to rid itself of 100,000 tons of plastic bags, which Gonen described as “amazing” given how much plastic bags weigh. He pondered whether a carrot or a stick would be employed. Carrots have had little effect, and most experts believe a stick will be necessary. In 2008, Mayor Michael R. Bloomberg failed to pass a bag tax of six cents.

Bans and charges are often deeply unpopular in the United States. Businesses can resist fiercely. When Seattle attempted to impose a fee of 20 cents a bag, the American Chemistry Council financed a referendum that voted against the measure. The organisation, Progressive Bag Affiliates, lobbies against bans on plastic bags. Its director, Shari Jackson, opined that bans erode consumer choice and threaten well-paying manufacturing jobs. Edmundo Arizpe of Brownsville, Texas, revealed that when he has to buy many groceries he travels to a nearby city where plastic bags are permitted, and his driving does more damage to the environment.

A number of states are considering a ban or tax. A bill was introduced in May by Representative James P. Moran of Virginia, a Democrat, for a nationwide five cent tax on disposable bags, whose revenue would be employed to maintain national parks.

One problem of reusable bags is that they’re less clean, with one study in 2012 finding that the United States’ first bag ban in San Francisco coincided with a 46 percent surge in the number of deaths caused by food-borne illnesses. Reusable bags should be washed, which few people bother to do – only a sixth of Americans, per the Academy of Nutrition and Dietetics. Plastic bags can be doused in anti-bacterial spray and then wiped.

Measures to reduce the use of plastic bags are also associated with an increase in shoplifting, as reusable bags make it easy to conceal items and it’s difficult to tell if someone purloined goods or brought them in with them. Jan Gee, president of the Washington Food Industry Association, said, “Across the United States we have seen these bag bans, and the shoplifting has always had a substantial leap.” Mike Hope, owner of Seattle’s Lake City Grocery Outlet, complained that he had lost at least USD5,000/GBP3,281/EUR3,834 of produce since the ban was introduced, which was an unprecedented amount. A survey by Seattle Public Utilities found that 21 percent of business owners said that shoplifting after the ban was a problem. Gee lamented that all customers pay for the loss.

Dave Mathews, a preservation associate for Environment Oregon, said, “There is no reason a product we use for a few minutes should float in our oceans for a few hundred years.” In New York, dog owners must pick up the faeces of their pets, so perhaps getting people to take reusable bags would not be impossible.

This is exactly why our two young founders created their weeklong Plastic and Recycling Awareness Curriculum: http://onemoregeneration.org/educational-program-info/ so they can help teach the next generation of leaders how they can be the solution to the issue of plastic pollution.

We are also trying to get the City of Atlanta to enact a 5-cent fee plan on the use of plastic bags. We have also drafted a proclamation suggesting that the country adopt on month as Plastic Awareness Month so that all schools would have to adopt some sort of curriculum on the issue of plastic pollution. We are currently working on having our current littering laws amended to now include charges for Animal Cruelty since so many animals are dying each year from ingesting plastic.