Coral Reef Ecotourism And Its Impacts 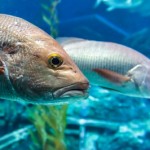 Coral reef ecosystems are among the most biologically diverse and economically valuable ecosystems on Earth. Worldwide coral reefs attract millions of tourists annually that yield a significant economic benefit to domestic economies. According to the National Oceanic and Atmospheric Administration (NOAA), recreation and tourism account for $9.6 billion of the total global net profit of coral reefs. This large amount of revenue generated is being threatened by the degradation of coral reefs. Ironically a key cause of damage to reefs results from the increase in ecotourism itself. In this article I discuss how coral reef ecotourism is impacting the health of these eco-attractions and suggest some solutions on how ecotourism could be more sustainable.

Through over-use, direct damage and ill- considered tourist operations the World Wildlife Fund predicts that 24% of the world’s reefs are under imminent risk of collapse through human pressures; and a further 26% are under a longer term threat of collapse.

Mass tourism poses a threat to reefs and to the revenue generated from these ecosystems. Although branded under the word ecotourism many organisations are helping increase coral reef degradation. Once coral reefs are damaged, they are less able to support the many creatures that make their home on the reef and in turn lose value as a destination for tourists.

A comprehensive understanding of sustainable development and environmental management is important to maintain a net benefit for the health of coral reef ecosystems. Coral diseases have been recognised as one of the major factors in coral reef degradation worldwide and are likely influenced by human activities that alter the marine environment. It would appear that ecotourism has negative impact on both individual species and entire ecosystems.

Tourism will never be completely sustainable, as every industry has impacts. However it’s important to know if the revenue created from tourism is reinvested correctly in order to benefit the coral reefs and build a sustainable future.

For ecotourism to be sustainable, companies must take responsibility and allocate revenue it generates from its eco-attractions into the protection of reefs instead of further investing in tourist structures and attractions that have negative impacts on the health of these ecosystems.

With rapidly declining coral reefs very much at the forefront of conservation objectives, The International Coral Reef Initiative and the U.S. Coral Reef Initiative were launched in recent years with the following broad objectives; implement programmes for conservation management of sustainable coral reefs among governments and international organizations, implement management plans into existing developments, strengthen the capacity for conservation and monitoring of coral ecosystems and ensure efficient use of research resources.

As of July 2012, the 67th session of the United Nations General Assembly has once again recognised the importance of this partnership by “reiterating its support” to the International Coral Reef Initiative (ICRI) during the meeting it was also recognised coral reefs socio-economic importance and vulnerability to threats such as climate change and overfishing, and to encourage States to take action particularly on coral bleaching, vessel grounding and sustainable coral reef management.

The alarming decline in coral reef ecosystems still continues and shows little sign of slowing, however with initiatives such as the ICRI previously highlighted, organisations may begin to recognise the very serious threat that tourism and climate change will have on the sustainable future of these fragile ecosystems.