Commercial Urban Farming – What Is It And Why Does It Matter? 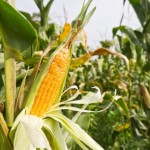 The current food production system is unsustainable and increasingly faced with resource scarcity issues. Coupled with population growth, urbanisation and climate change, there is a need to examine alternative options for the future of food security.

Urban agriculture, the growth of food in an urban setting, is an increasingly important fixture of modern city living. Traditionally a community-based movement, this article looks beyond urban agriculture for personal consumption, and examines the growing case for commercial urban farming or city farms. (image: Stoonn)

The trend of urbanisation reflects the prevailing bias of modern development towards a higher valuation of urban over rural development. It has seen the concentration of capital accumulate within urban areas, namely super cities such as London, at the expense of rural areas.

Practically, this creates significant issues as the distances from farm to plate are ever increasing. With financial capital concentrated in urban areas, they expand continually whilst marginalising farming. This has been coupled with a growing disconnect between consumers and producers as food production becomes increasingly invisible to the public.

Besides resulting in a clear urban bias, there is a growing culture of ignorance surrounding food production. It is from this backdrop that urban agriculture has developed.

Aside from growing food and improving urban diets, involvement in urban agriculture boosts the social capital of city communities. It re-links the blissfully unaware with the nature of food production and strengthens social networks.

By lowering reliance on the market, it also reduces the financial strain caused by increasingly prevalent food price hikes.

As a well-established trend in many cities, the financial recession has seen further growth as people attempt to increase their food security.

As farmlands become increasingly marginalised, there is a need to explore commercial urban farming on a larger scale. Cities across the world are starting to bring in legislature that make provisions for urban agriculture and actively encourage it. This is a significant move as it legitimises a formerly ‘illegal’ practice and lends credibility to the movement. It provides the necessary groundwork for businesses to start to view this industry as a profitable investment.

The utilisation of roof space to cultivate crops is not a particularly novel idea. It has been occurring on a local scale for many years and increasingly so as technology progresses. Besides the ecological benefits derived from green roofs, they make use of otherwise ‘wasted’ space.

But green roofs is not a concept necessarily confined to individual or community use. Alterrus Systems is currently constructing a roof-top farm in Vancouver with the goal to sell produce through supermarket chains. The site chosen is a car garage roof as a decline in car use is leaving many such sites empty. This example demonstrates that there is room for the expansion of agriculture on a commercial scale in urban areas.

On a slightly higher technological level, is the conception of purpose built vertical farms.

Vertical farming, the production of crops in multi-story inner city buildings, is almost a reality in Sweden. Architectural firm Planatagon has designed a 17-story ‘plantascraper’ that could operate as a nearly closed-loop ecosystem. It would enlist waste heat from an electricity plant for warmth, carbon dioxide for photosynthesis and compost from the surrounding suburbs. Waste methane would be channeled into an electricity generator. Requiring less water than a conventional farm, this may be a more efficient model of food production.

These are only two examples of the technology currently available in this field. However, they serve to demonstrate the steady growth in interest in urban agriculture as a commercial venture.

With increasing green technology inflows from Sweden, vertical farming could become a reality in urban areas. It certainly makes sense from many viewpoints. Besides the social and environmental gains, it holds real potential for economic growth in farming. The inception of urban farming provides a way forward for an industry that has been marginalised and consequently is on the brink of decline.

Urban agriculture as a social movement and a commercial scheme, is part of the solution in addressing the multi-faceted problems faced by urban societies today. 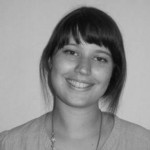 Acacia Smith is a New Zealander now based in London. She holds a bachelor degree and postgraduate diploma from Victoria University of Wellington. She has worked for the Council for International Development (CID) and more recently in Bolivia for CIWY, a network of private parks for the rehabilitation and conservation of Amazonian fauna. Acacia is passionate about sustainability and the role businesses can play in promoting a better, more sustainable future

Very good post. I really like this idea. I lived in Santiago de Chile and my family managed to have a little orchard in our backyard. We have a few fruit tress, vines and many herbs to cook everyday. More importantly, we grew up with these trees and we shared the fruits and grapes with our neighbours, which I guess is the way to build your urban farmer community. My parents knew about the importance of using your hands to “touch the nature”. Now I live in London and even when the weather does things difficult at this latitudes, I believe that we are just starting with urban agriculture and London has a huge potential to send a strong message worldwide.

In my opinion, when the urban agricultural system becomes an important reality, the main beneficiary will be the social capital of the city. Cooperation, trustiness and reciprocity have been fundamental social assets within rural communities since many hands are needed for agricultural tasks, for example harvest and seeding. Unfortunately, in big cities these social assets have been changed for competitiveness and selfishness. Closer relationships with nature could bring us the possibility to increase our social capital in urban environments, and change our luxurious approach to food towards a more sustainable and sensible one, is just a matter of “touch” and time.