Conserving Cultural Heritage In The Face Of Climate Change Threats

When we think about climate change threats, the first image that comes to mind is inevitably a natural landscape in peril. Nevertheless, cities are in trouble, too.

No, not a sparsely populated settlement on an oceanic island whose name you may or may not have ever heard before. How about London? Or Prague?

These historic cities are home to cultural heritage of universal value, and along with numerous others, are at varying levels of risk from a changing environment at whose core climate change is found.

We know that climate change is a threat …

Climate change threats all over the news, especially with the recent publications of the IPCC’s 5th Assessment Report, pointing out with even more certainty the impact of human action. All the same, we tend to assume that cities, and especially those in economically developed countries, are created to withstand climatic adversity. Indeed, this is the case for mortality risk which has greatly decreased. The same cannot be said for the economic loss potential which has markedly increased. Taking London as an illustration, it is estimated that a single overflow of the Thames Barrier would cost GB£30 million.

… but what do we mean by heritage?

All is well and good talking money, but heritage is something invaluable, irreplaceable, and often intangible – take Fado singing of Portugal, for example, or the Sydney Opera House. It is often taken for granted, while simultaneously forming an integral part of our identity. Conserving it thus serves in safeguarding what we hold dear to who we are. In some cases, a ‘piece’ of culture can be safely stowed away in a glass museum box, but when an entire city is considered heritage and officially labelled so, balancing the needs to keep it alive while scrutinising it for snags in authenticity and integrity is no mean feat. Add in climate change, which affects both its physical make-up as well as lifestyle choices of the inhabitants, and you have a rather large problem at hand.

These clashing elements are a challenge which has officially been considered by UNESCO since 2005, revisiting the original 1972 World Heritage Convention, and adopting specifically developed strategies. It has now been 6 years since their ‘Case Studies on Climate Change and World Heritage’ publication has been released, and although I am sure they would have even more to add to it now, it is worth taking a look at.

A closer look at Venice, London and Prague

Now think about Venice. Gondolas, charm, romance, the carnival, the biennale, Giacomo Casanova, Antonio Vivaldi, choose as you please. But – the ‘Floating City’ is drowning. Of course seasonal high waters are customary for the Venetians, but such events are becoming more frequent and harder to predict. Shop-owners are not always prepared for extreme floods, and neither are tourists. The architecture, over 1500 years old and a work of art in itself, is also put to the test having to withstand inundation and the physical stress of drying out again. At a ‘normal’ rate, Venice sinks at roughly 10cm per century; this rate is now believed to have at least doubled. Rising sea level, at both a local and global scale, in addition to storm surges and other extreme events occurring at greater frequencies, are pushing Venice to up its game with new flood defences. 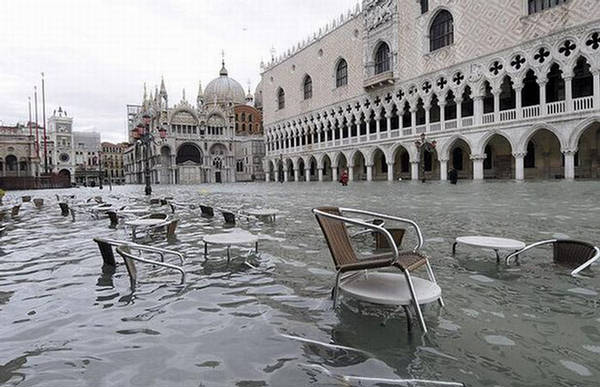 Venice: Would you like some water for the table?

Back in London, the Tower of London, the Palace of Westminster and Westminster Abbey, and the ensemble of buildings at maritime Greenwich, are all listed as World Heritage sites. Not as obviously at risk as Venice, this city still needs to accommodate for being a buzzing metropolis while protecting its urban heritage from the flooding Thames. Originally constructed in accordance with the climate of the 1970s, the Thames Barrier was expected to be needed 2 to 3 times a year. It is now estimated that by 2100, the barrier will be protecting London from floods up to 200 times a year. 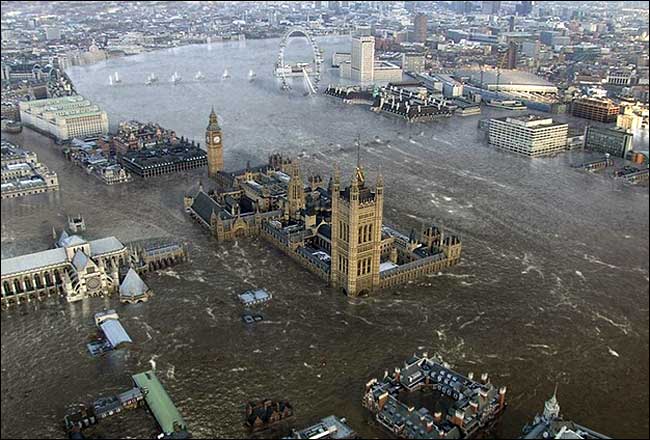 As for Prague, it finds itself in a similar situation, always needing to be at the ready to protect its scenic medieval quarters and bridges. As recently as June earlier this year, the Mala Strana area and Charles Bridge were severely affected by the Vlatva River bursting its banks. Besides dissuading tourists from visiting due to many of the famous heritage areas being inaccessible (or covered with sand bags), repeated flooding was certainly not in mind while the city was being constructed, once again stressing the physical foundations. I’m not saying it will collapse, but believe me: water is one harsh element when it comes to erosion. 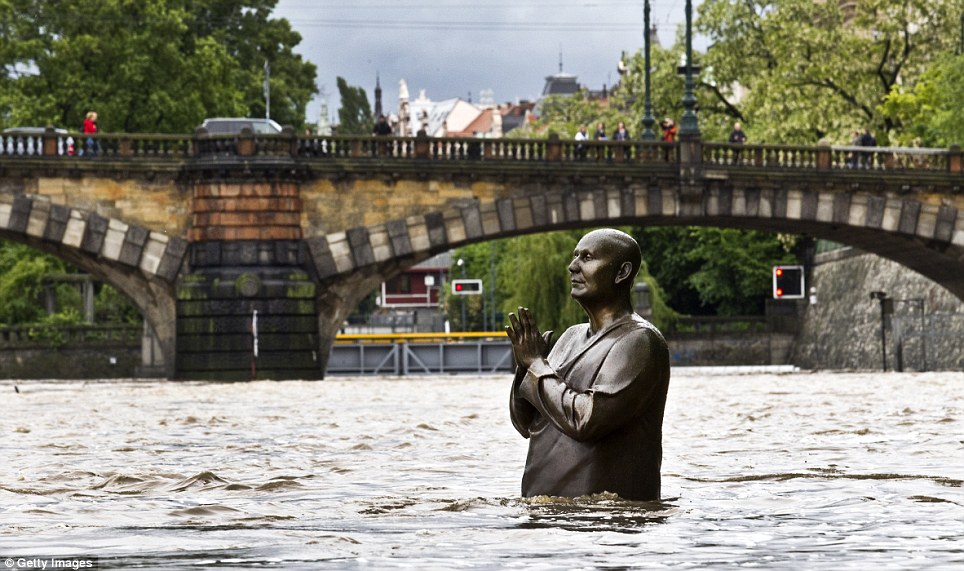 Prague: Praying for a dry spell

Climate change is not only causing irreparable damage to art and architecture; it is altering patterns of human movement. Accessibility is being limited, but our perception is also experiencing a change, either through restrictions of what we expect to be able to see or through acceptance that what we do find will not be as it once was.

So next time you find yourselves casually appreciating urban heritage with no more than a glance, contemplating ‘vemödalen’ (Hint: this one you’ll probably have to look up) and the ennui of modern life, remember that in fact it may not be long until the monument in front of you is gone.

Wow, what an well written article! Alternately funny and terrifying. Speaking as a Londoner, it certainly seems like that flood simulation picture is not too far off…

A fresh – albeit not refreshing – view into an old problem. I will save this article for my grandchildren growing up in Prague.

So, shall we invest all our limited resources into saving “heritage”? Try explain this to the poor Philippinos suffering the results of hurricane Hayan.