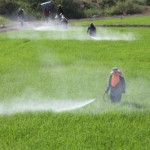 Temperature Shocks and Economic Growth: Evidence from the Last Half Century, a paper by the Massachusetts Institute of Technology that was published in the American Economic Journal: Macroeconomics, covered research that examined the period from 1950 to 2003. Temperature and economic output data for every country in the world was recorded. Ben Olken, a professor of economics at MIT, said, “We couldn’t believe no-one had done it before, but we weren’t really sure we’d find anything at all.”

The research found that an increase in temperature of only one degree Celsius – 34 degrees Fahrenheit – reduced a country’s economic performance by over one percent by slowing workers, commerce in general, and possibly even investment. Olken remarked, “If you think about people working in factories on a 105-degree day with no air conditioning, you can see how it makes a difference.”

Not only the agricultural sector was affected. Olken stated, “What we’re suggesting is that it’s much broader than [agriculture]. It affects investment, political stability and industrial output.” Effects are long-lasting. Olken explained that with economic growth, “You build on where you were last year.” If activity is lost, long-term growth is hampered.

An example was seen in Russia in 2012. The dry summer exerted a disastrous effect upon agriculture. In the Siberian breadbasket of Altai, 577 hectares of crops were lost. A state of emergency was declared in 32 of the region’s 60 districts. Heat caused energy consumption to rise by 15 percent because air conditioners were left on. The whole economy was affected: when there’s no crop, no harvesters are needed to collect it, so there are no orders for manufacturers.

Additionally, in poor countries, the chance of “irregular leader transitions” – coups, to their friends – increased by 3.1 percent. The reason for this was given by the British foreign secretary, Margaret Beckett, at the UN Security Council’s first ever debate on climate security in 2007: “What makes wars start? Fights over water. Changing patterns of rainfall. Fights over food production, land use.” Poor economic performance and political instability feed off each other.

In 2006, a report by 11 retired US generals acknowledged that climate change was a “threat multiplier” and “accelerant of instability.” A recent, prime example is Mali, one of the 10 poorest countries in the world, where climate change exacerbated pre-existing tensions. The north of the country is afflicted by chronic drought. Almost 15 million people in the country are farmers or herders who suffer when rivers shrink, fertile land becomes desert and insect infestations are more common. People in their thousands move from villages to cities and natural resources are squeezed to their limits.

Armed rebellion in Mali has been led by the Tuaregs, nomadic herders who depend on the land for their livelihood. Tuaregs have demanded separation from the south for more than 20 years, but have only recently become successful. This tension was the result of climate change.

The situation worsened after Tuareg militants who had been given refuge in Libya by Col. Gaddafi returned to Mali after his downfall. When regime soldiers were routed by Tuareg rebels, there was a coup against the democratically-elected President Amadou Toumani Toure and then an attempt at a counter-coup.

Environmental upset, for instance prolonged drought, widens societal divides. Marginalised groups have no alternative means of livelihood and are less likely to benefit from government largesse. The opportunity cost of rebel recruitment is lowered. In Africa, civil wars are more common in politically marginalised areas. Only four percent of arable land in sub-Saharan Africa is irrigated, making predominantly agricultural economies more susceptible to drought. Two thirds of workers in the region are employed in the agricultural sector.