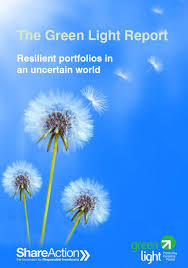 Focusing on the spiralling costs of extreme weather events for US public disaster relief programmes, Ceres’ Inaction on Climate Change predicts dramatically increasing costs to taxpayers from the effects of global warming.

The statistics are alarming: in 2012, extreme weather events in the US cost the economy around $110 billion in losses – that’s more than $300 for every American.

Ceres, which advocates for sustainable business practices, makes a range of recommendations including more research into potential climate change impacts, prohibition of development in areas that are highly vulnerable to flooding or wildfires, aggressive greenhouse gas emissions reduction policies, and a requirement that states use a percentage of federal disaster assistance funds to make their infrastructure more resilient in the event of extreme weather events.

Published on the first anniversary of Hurricane Sandy and just a few days before the tragic Typhoon Haiyan in the Philippines, its call to action by policymakers looks all too timely.

In the UK, shareholder activism charity ShareAction has released a report demonstrating the vital role pension schemes must play in limiting global warming and developing the green economy.

The Green Light Report: resilient portfolios in an uncertain world, recognises the under-appreciated fact that UK pension schemes have £3 trillion invested in them by savers, and that the decisions they make about where to invest and what to demand from companies have a huge impact not just on our pension pots but on the health of our planet too.

The report calls on pension funds to realise their role as a crucial lever for change as we seek to transition to a low carbon economy. It asks them to undertake portfolio carbon footprinting, to set targets for greener investments, to divest from companies whose only business is thermal coal (which has questionable future profitability and high emissions), and to use their clout as major shareholders of our economy to push for a planet-friendly policy environment.

It also picks up on the theme of ‘unburnable carbon’, pointing out that if a global carbon budget comes into force, the fossil fuel companies in which our pension funds are deeply invested in will lose significant value. Encouraging a greener investment portfolio is therefore not just a benefit to the planet, but may protect our savings too.

Both climate change reports highlight the danger posed by a warmer world to our wallets, either through the taxpayer burden of public assistance programmes or through significant losses to the savings we rely on for our retirements.