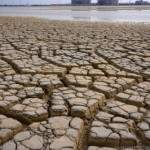 It is not too much of a push to say that, given the all-encompassing consequences, Climate Change could be considered as the greatest problem our modern civilisation has faced. It will affect every single person in the world either economically, meteorologically or socially and effect climate change perspectives – with its roots intertwined in our lives. To ensure the effects are minimised it will require everyone to play a part, and there are a growing number of organisations, businesses, policy makers and individuals who are initiating this.

On the other hand, it’s also not too much of a push to suggest that Climate Change is still a widely contentious issue and that recognition of the potential threat is still lagging.

Any discussion on the topic, or a cursory glance towards Climate Change related articles and their comments reveals that everyone has a passionate opinion and indicates that a consensus – and thus collective action – is still a distant prospect.

So what is it about Climate Change that causes this divide in our views?

The struggle to predict

There are few concrete predictions within the science. We don’t know when a glacier will disappear or what year we will reach 2 degrees of warming. The effects of Climate Change cannot be easily quantified, and the sheer complexity of the underlying cycles that govern our planet mean all predictions made come with an error range. This uncertainty means we feel the need to witness the effects before committing to the problem and creates a mind-set of choosing whether or not to believe in Climate Change, leading to a divide before the problem has even been accepted.

The volume of investment

The fact of the matter is that Climate Change requires financial input to lead to a solution. A vast amount of money is needed for investment in renewable energy, continued research and adaptation strategies throughout the world. A fracture exists through whether our countries finances should be spent in this way, rather than on the country itself or towards another global problem, and has been exacerbated by the recent economic decline.

Deeper than this though is a rift developing between countries throughout the world; one based on responsibility. Arguments have continued between industrial revolution old-timers and emerging markets like the BRIC countries on who has responsibility for the GHG’s in our atmosphere, with third world countries rightly attesting their innocence in the debate and believing that they deserve investment to avoid a carbon intensive economy. Clearly money should be invested into future low-carbon energy mixes but where, how much and who from are the questions still being debated.

The unburdened growth we have experienced from the industrial revolution, which has shaped our lives, has created change so rapidly that we no longer deal in the long-term. Our view has shifted to what happens in the short-term, meaning that a time frame spanning decades in which serious effects will be noticeable will struggle to come up on our radar. I believe this is one of the driving forces behind the standard Climate Change rebuttal: ‘we don’t need to address it now, future generations will sort it out’.

The need for adjustment

The adjustments required to create a sustainable life are often considered a hindrance on the life we enjoy now. What we have at our fingertips now in terms of freedom of travel, consumer products and almost unlimited choice will have to be scaled back. Reverting to a time where everything we experience now might not be so easily accessible – if only for a short period of time – is seen by many as a step backwards.

The four points mentioned above highlight some of the issues affecting our ability to accept Climate Change as a serious threat and I believe there is one theme that underlies all these points: can we accept short-term pain for long-term gain?

Tackling Climate Change will require that our lives change and that we make concessions in the short run. But seeing the overall picture and the opportunity a sustainable world can bring in the long run is what we all must believe in. If a majority can come to this conclusion then positive action can be collectively delivered. If not, then Climate Change will continue to drive a wedge between its primary hope of a solution; people.

Nederev Saños, a Philipine Delegate at Doha, summed it up brilliantly: “If not us, then who? If not now, then when? If not here, then where?”.