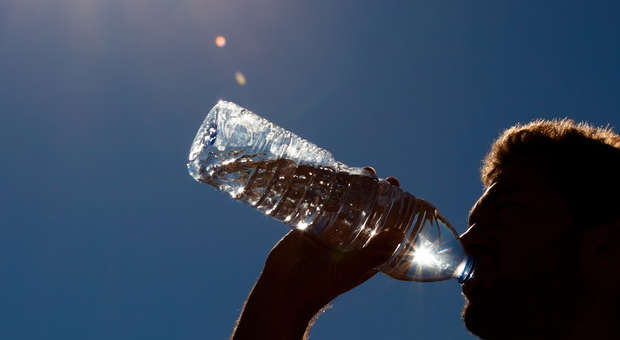 A study published in Environmental Health Perspectives, the journal of the National Institute of Environmental Health Sciences, has shown that the impact of climate change will not be far in the future for some people: more kidney stones will develop as a consequence of rising temperatures. The medical records of 60,433 patients with kidney stones in Chicago, Dallas, Philadelphia and Los Angeles, whose climates vary, were examined, covering 2005 to 2011.

The leader of the study, Gregory E Tasian, MD, MSc, MSCE, of the Children’s Hospital of Philadelphia, exclaimed, “We found that as daily temperatures rise, there is a rapid increase in the probability of patients presenting over the next 20 days with kidney stones.” This took place when temperatures exceeded 50°F in all the cities except Los Angeles, which would be weird. The increase peaked within three days of exposure. The risk is to people predisposed to stone formation.

What are kidney stones, anyway?

Kidney stones are known to science as nephrolithiasis. They’re solid crystals formed from dissolved minerals in urine. They follow from environmental or biological problems where a low volume of urine increases the concentration of substances which enhance the growth of kidney stones, of which one is calcium. Low urine volume can transpire when the body receives insufficient fluid or loses fluid too rapidly, so urologists recommend drinking much water to flush out the nasty minerals. Tasian explained that higher temperatures are a cause of dehydration, which causes a higher concentration of the bad minerals.

There’s a lot of it about

11 percent of US citizens have had kidney stones, with half a million people attending emergency rooms every year. Surgery can be necessary. There have been more kidney stones worldwide for the last three decades. They are found more often in adults, but the rate in children has climbed hugely in the same time. Climate change could cause an increase of up to 30 percent in the worst affected areas, resulting in an extra 1.6 to 2.2m cases in the United States at a cost of USD1/GBP5.8/EUR0.73bn a year. Kidney stone incidence is known to increase when people move from places with moderate temperatures to warmer locales, for example military deployments to the Middle East.

Lower temperatures are also a problem, leading to more kidney stones in Atlanta, Chicago and Philadelphia. The study suggested that this is because colder weather means people stay indoors more where temperatures are higher, their diet changes and they perform less physical activity.

Temperatures from 2000 to 2009 were hotter than 82 percent of temperatures in the last 11,300 years. It’s expected that average temperatures will rise by 2 to 8°F by 2100. Tasian carped, “Children will bear the brunt of climate change.”