What Will The Cities Of The Future Look Like? 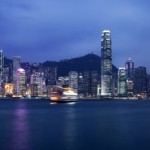 Abu Dhabi has the fifth largest proven oil reserves on Earth – around nine percent of the total – and the sixth-largest natural gas reserves, or five percent of the total. In 2007, Forbes magazine called it “the richest city in the world” and it is seen as one of cities of the future. Oil and gas, however, won’t always dominate the energy industry. There will come a day when solar and wind power and electric vehicles are cheaper, as solar power already is in developing countries and even some developed ones. This begs the question: what will the cities of the future look like?

In 2002, Sheikh Mohamed bin Zayed al-Nahyan, the crown prince of the United Arab Emirates, ordered that the nation’s economy diversify. One result, to eventually cost as much as USD19/GBP13/EUR15bn, is Masdar City, which sits 11 miles from Abu Dhabi, near the airport, in an extremely inhospitable stretch of desert. “Masdar” is Arabic for “the source.”

Construction began in 2008, with the intention that the city would be fully operational by 2016, but this date has been put back to 2025. The global financial crisis caused real estate prices to fall in the Gulf region just as they did everywhere else. German energy expert, Simon Breuninger, said that a re-think became necessary as it was no longer possible to say, “Build and they will come” due to the property glut. Some of the more futuristic features envisaged for the city were abandoned.

It is planned that one day, 40,000 people will live in the two square miles of Masdar City. Currently, it is home only to the staff and students of the Masdar Institute of Science and Technology and some shops and restaurants that include a bookshop, an organic supermarket and a sushi joint. It’s hoped that Masdar will become the world’s main development hub for renewable energy, and the Institute will be at the forefront of this. It has around 120 students, of whom 76 have PhDs, 13 of them coming from MIT.

Khaled Awad, the director of Masdar’s property unit, said the city would grow organically to reflect the market. Buildings are now only constructed when a company has agreed to lease them. Siemens, General Electric and the United Nations International Renewable Energies Agency (IREA) are three examples. Frank Wouters, deputy director of the IREA, said that a brown desert isn’t the best place to construct a green city, but if it can be accomplished there, it’s possible anywhere. The Siemens building will be the most energy-efficient in the city, using 65 percent less energy than the average building in Dubai. Other buildings use only 56 percent as much energy and 54 percent as much potable water.

The climate in Masdar is noticeably different to the remainder of the country: 68 degrees Fahrenheit cooler than the typical Emirati street, where asphalt and concrete retain heat. Traditional Arab building styles as seen in the old Medina quarters of North African cities and used for hundreds of years have been combined with the latest technology to make people keener to spend their time outdoors.

The narrow streets serve as wind tunnels, with a pleasant breeze blowing through them. They are oriented north-south to minimise the effect of the sun and trees provide shade. Buildings are coated in terracota-coloured sand or have glass walls. They have thick insulation to keep the heat out. Their window-to-wall ratio is low to allow sufficient light to enter but prevent the sun from over-heating them. These measures are crucial given that almost a third of Saudi Arabia’s oil is used to power air conditioning. Passive building technology accounts for between 60 and 80 percent of the energy savings in Masdar. All of Masdar’s power is generated by renewable means by a 10-megawatt solar power installation, the largest in the Middle East, and one megawatt of rooftop solar panels.

Cars are electric and driverless. Stephen Severance, the program manager of Masdar City, remarked, “This is a little, I don’t know, Jetsons.” Petrol-powered cars are prohibited. To provide parking space, a sixth of Masdar’s buildings are on 20-foot tall pedestals.

The Gulf region is notorious for its excessive ecological footprint, the third-largest in the world. Breuninger said he believed Masdar had increased awareness of sustainability in the country. As evidence, he cited the new energy efficiency standards for buildings and waste reduction measures in Abu Dhabi.

Nawal Al-Hosany, Masdar’s director of sustainability, was the first female deputy director of the Abu Dhabi Police, one of the first two Emirati women to climb Mount Kilimanjaro and named by Abu Dhabi Magazine as one of the 40 most influential Emiratis. She said that building the city was a perpetual learning experience encompassing artificial intelligence, astronomy, fluid dynamics, manufacturing processes, nano-materials and thermodynamics. One example she gives is that of water. Originally, it was to be extracted from the water table beneath, but this was three times saltier than seawater, so now a solar powered desalination plant will be built.

Connie Hedegaard, the European Union Climate Commissioner, said policy targets are all well and good, but businesses need to see good business cases before things can be brought up to the speed required. This is evident in Masdar City.

Masdar issues the Zayed Future Energy Prize, a USD4/GBP3/EUR3 million award given to companies and people who show leadership in sustainability.