China’s Pledge To Implement A Carbon Tax: Why Inaction Is No Longer An Option 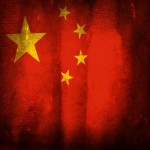 The announcement by China to implement a carbon tax may prove a turning point in global climate change policy. Not only are they the biggest carbon emitter today, but their emissions are increasing steadily and account for most of the worlds carbon output.

Contrary to popular belief, China has been progressive in investing in clean energy and developing comprehensive renewable energy plans. To date, they have invested more heavily than the US in clean energy.

The decision to implement a carbon tax is part of a broader effort by China to address their environmental problems. Xinhua, the official press agency of the Chinese government, has released this statement; “China will proactively introduce a set of new taxation policies designed to preserve the environment, including a tax on carbon dioxide emissions…”

This development may create the necessary push for other countries to invest in environmental protection.

Why a carbon tax?

Most economists agree that a carbon tax is one of the best ways to reduce carbon emissions. As the tax falls most heavily on highly polluting companies, low-carbon policies become cost-effective. Theory predicts that consumers will then adjust their behaviour to consume cheaper low-carbon goods. For a start, a carbon tax would encourage people to drive more energy efficient cars, thus helping to stabilise carbon emissions. However, it is necessary to note that this will be a fairly modest tax, at US$1.60 per tonne of carbon and rising to US$8 by 2020.

International climate change policy is a perfect case of the prisoners dilemma where each party is incentivised to wait for the other to act first. In this case, the country that implements a carbon tax first will instantly become less competitive in the global market. For years now, the Western world has refused to commit to taxes on the basis that China and India are emitting heavily with no plans to curb emissions. ‘China isn’t cutting it’s emissions’ is an excuse that falls heavy on the weary ears of environmental lobby groups. On the other hand, the developing world has argued rightly so that if the richest countries in the world cannot cut their emissions then why should they?

So what has changed China’s mind? There are two specific reasons for the new carbon tax, both with domestic interests at heart. Firstly, China is in the midst of a push to reform their economy. Historically, China’s economy has been distorted by price controls that keeps coal, water and fertilizer artificially cheap, the impetus being to subsidise the growth of industry. In order to become a world economic player with the same corporate power and prosperity as developed ‘rich’ countries, they must remove these market distortions. To shake off its image as a ‘cheap-workhouse economy’ China knows it must re-balance the economy. Implementing a carbon tax will discourage the unrestrained use of unrealistically priced goods. Secondly, with the affects of their environmental problems becoming impossible to ignore on a domestic level, China is being forced to adjust it’s behaviour. Besides the motivations for the carbon tax, China will gain significant leverage over the US.

The symbolic significance of this development cannot be understated. If China should become a leader in combatting climate change, it will make it morally impossible for the Western world to continue shirking its’ responsibilities. It may even break the prisoners dilemma that is currently preventing international agreement. It will certainly neutralise and prove baseless criticism of carbon taxes on the grounds that ‘China isn’t doing anything’.

There is concern as to the implementation of the carbon tax with some critics arguing that there may be loopholes that could undermine its effectiveness. There is no doubt it is a modest tax that on its own may not make a huge impact on reducing temperature rise, at least in the short term. However, it is certain to encourage and incentivise investment in the renewables industry. If it is to encourage other countries to implement their own carbon taxes, the flow on effects for achieving emissions reductions will be significant. China’s carbon tax is a step in the right direction and a call to the rest of the world to wake up and get on board.

Well written, Acacia!
I agree that even though the tax is modest, the signal effect of implementing a carbon tax in a country accused of doing nothing to lower their emissions, and thereby “justifying” rich countries’ decision to continue business as usual, is the most important thing about this tax. If the Chinese can take a lead in addressing climate change, it might just be the releasing event needed for other countries to follow suit.