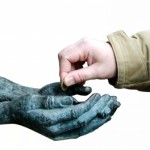 In today’s day and age, a lot of UK SMEs are finding it difficult to be able to fund marketing and advertising campaigns so need to find new, cheap and standout ways to raise brand awareness. One way to do this is by engaging in a charity affiliate scheme, sponsoring a charity of your choice and, as a result, raising your business profile.

It’s an age old idea; businesses forming partnerships with a charity as part of a mutually beneficial agreement. The business fulfils its corporate social responsibility remit and the charity benefits from the funding and support given. But aside from responsibility, the idea of affiliations with charities has evolved. It keeps the mutually beneficial aspect but it opens up a wide range of free marketing and advertising potential to the business, making it a fantastic opportunity for SMEs.

Having said this, you have to keep in mind that charities aren’t stupid. They cottoned on to the idea long ago that helping them benefits you in the long run, but as long as you are helping them, it’s a win-win situation.

The idea of affiliating your business with a charity may not be something you’ve considered, many people believe that a business’ need to lavish charities with money to be recognised, but there are many ways of benefitting a charity without digging deep into your own pocket, for example, organising a fundraising event could be just as fruitful, even more so, to a charity than just giving them a lump sum.

08Direct have been working closely with Dreams & Wishes since the charity was founded in 2011.

‘Through the affiliation 08Direct has been able to expand its customer network and set itself apart from its competitors. As well as this, a sense of pride has been built amongst the team as they have been able to work directly with the charity and helped to grant wishes for some of the seriously ill children they help,’ says Mahmood Mazhar, CEO of 08Direct.

If this hasn’t persuaded you, we’ve compiled some reasons as to why it could be just what you need:

Brand promotion – Your business name will be featured on charity marketing literature and you will have the chance to be involved in their events and activities, which in turn gives you free publicity for your brands.

Improves business image – If you’re able to write on your website that you’re affiliated with a charity, customers more likely to be attracted to you and your services, encouraging them to approach you to use your services and stay loyal to you.

Develops business network – Charities have their own network of supporters, which is highly likely to be full of people that use or require your services. So, when you become involved with the charity, you are opening yourself up to many more potential customers.

Brand differentiation – Imagine two business offering the same product for the same price, how are they going to choose which one to buy? It’s highly likely their decision will be based on which ever business is more philanthropic.

Encourages employees – Encouraging your employees to actively support your chosen charity will help to generate a sense of pride and unity amongst your team. The more you help to promote the charity as well will aid your own brand promotion.

First you want to learn the mission of any charity you’re considering. If you have a specific charity in mind for the car donation do some research on it, especially if you’re not sure how reputable the charity is. There are many national and local charitable organizations that advertise in newspapers or on television and openly announce they are looking for car donations. You have probably seen some of these, but are they your best choice?