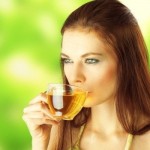 On January 16 2014, Science Daily reported a project by Professor Colin Orians of the Department of Biology at Tufts University to investigate how changes in climate result in changes in tea. The project will last for four years and is funded by a grant of USD931,000/GBP564,000/EUR687,000 from the National Science Foundation. Research will conceFntrate on China’s major tea-producing provinces of Fujian, Yunnan and Zhejiang.

Orians explained that the quality of tea is the result of a range of chemicals that depend on climatic conditions, and that if changes in tea resulted in less of the qualities people desired, they might not buy it. An example is that green tea is well-known to contain large amounts of anti-oxidants that are believed to prevent or reduce a variety of health problems connected with blood sugar, digestion and the heart. The livelihoods of some farmers depend on tea, so changes in tea are critical.

Tea is hardly small beer. It’s one of the most widely-consumed beverages in the world, with 3.6bn gallons of the stuff swigged every year in the United States, one of the largest markets. Supermarket sales there exceed USD2/GBP1.2/EUR1.48bn.

Selena Ahmed, a tea expert, inspired the project with the research she led in the Yunnan province of southwest China when she was a graduate student and then a post-doctoral fellow of Tufts. Tea growers told her of warmer temperatures in the winter and longer, wetter rainy seasons, which would cause changes in tea. Elsewhere in China, in the Fujian region, droughts and flash floods have become more prevalent.

Farmers appreciated the bitter sweetness and lingering, sweet aftertaste of their tea, but believed that tea grown as monsoons began was of lesser quality. There was evidence for their beliefs in the observed decrease of certain chemical compounds in tea, which were also responsible for its healthful properties.

The greatest producers of tea are Argentina, China, India and Indonesia. India produces almost a third of the world’s tea. Further research has been conducted by the Tea Research Association of India, which is based in Toklai. Weather and tea production data have been recorded for over a century. In 2013, there were fewer days with sunshine in the course of the monsoon season, and the resultant damp weather allowed pests such as the tea mosquito bug to proliferate. Some people who taste tea for geld are of the opinion that the changes in tea have been negative: the customarily strong tea of Assam has grown weaker in recent years, although this could also be down to cultivation techniques or use of fertiliser. Changes to wines have been observed by French wineries and attributed to climate change, leading tea growers to fear a similar fate.

Sri Lanka, meanwhile, is seeing more rainfall. Researchers forecast an increase of as much as 10 percent in the length of dry and wet seasons in the main plantation area. In higher areas, heavier rainfall could provide the boon of making new areas suitable for tea cultivation but also erode soil. Lower areas could become less suited to tea production.

In Africa, particularly east Africa, it’s anticipated that tea production will shift to higher altitudes in the next 40 years, and will probably decrease overall because a great deal of that land is protected by conservation laws. Kenya is slated to receive more rainfall and higher temperatures in the next ten to twenty years. In South Africa, tea production is endangered by more frequent droughts, as tea is grown in only a small area in the west of the country. Changes in tea due to altering rainfall patterns could be counteracted through soil and water conservation and the wild rooibos tea plant appears to be more resistant to drought.

Tea, like 95 percent of plants, is of the C3 variety – in the first stage of photosynthesis, carbon is changed to a compound comprising three carbon atoms. C3 plants ought to adapt well to the steadily increasing carbon dioxide content of air, which is rising at a rate of 1.5 parts per million a year. Almost 500 experiments have demonstrated that if carbon dioxide levels are roughly twice those of pre-industrial times, yields of those other C3 plants, rice, wheat and corn, will be 36, 33 and 24 percent higher.

Research will also survey consumers to ascertain how they react to changes in tea that lead to diminished quality. Ways that tea growers could alter their farming methods will also be examined. The study could shed light on the effects of climate change on other crops such as cherries and grapes. Orelans intoned that what was happening with tea could happen to all of agriculture.