Carbon Leakage – The Truth Behind The Numbers 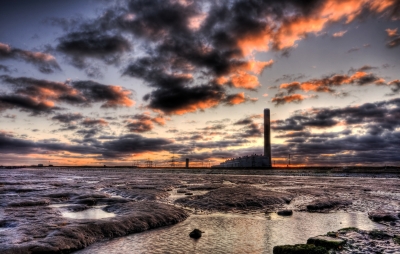 Go through any household in a western industrialized nation and chances are good you’ll find at least one product that reads: “Designed in the USA. Assembled in China.”

But how does this impact global CO2 emissions and climate negotiations?

When measuring the CO2 emissions of countries, a lot of attention is focused on the CO2 directly emitted by each country. However, the emissions associated with consuming products that are manufactured elsewhere is rarely taken into consideration.

This concept is referred to as “carbon leakage” as carbon dioxide is not accounted for in the country of consumption, but leaked to the country of production.

As defined by the International Energy Agency (IEA), carbon leakage is the increase in emissions outside a region as a direct result of the policy to cap emission inside this region. This means that when regulations are made to limit emissions, what often happens is that industries migrate to new places with less stringent environmental regulations. Frequently, those new places are located in China and other Asian countries where worker wages are low, leading to a minimized production cost of products that are shipped back to be sold in the Western markets.

China on the rise

When listing the major contributors to climate change, and negotiating who is more responsible, it is easy to point to China as they top the list with 10,000 million tonnes of CO2 emitted. In comparison, the United States emits about 5,000 million tonnes.

Within the last several years, the European Union and the US have boasted declining levels of emissions. These trends do not, however, simply mean that the Western world necessarily cares more for the environment or have more effective policies for handling pollution.

The IEA’s report of 2012 shows that while high oil prices and an increased share of natural gas played a small part, the steep decline in per capita emissions in the US was mainly caused by the recession of 2008-2009 that choked industries and limited consumption as people were forced to reduce their spending.

In addition, one needs to remember that there are 1.3 billion Chinese and only about 315 million Americans, meaning that the average Chinese still only emits 7.2 tons of CO2, compared to the average American emitting 17.3 tons after the steep decline following the recession. Some may still argue, and quite rightfully, that the Chinese are on the path to a level of emission that the world can in no way sustain.

This is where the concept of carbon leakage must be considered, and it does indeed add another layer to the story.

On the list of imports and exports of the most carbon intensive materials and products, 4 of the top 5 are produced and exported from China and imported by the United States. These 4 sectors account for 5.4 billion tonnes of CO2 every year that arguably should be counted as US emissions, and detracted from the Chinese.

In 2011, Chinese import of coal to power industry grew by 10%, leading to China surpassing Japan as the largest importer of coal in the world, continuing to power their industries with the most carbon intensive of fossil fuels, but producing a considerable amount for the Western markets.

The question remains whether the US and the European Union can continue to heap pressure on Asian countries to clean their industries when, in fact, they are producing the things we rely on in the western world and still on average emit one third per person compared to that of an American.