Biodiversity Offsetting Is A Fallacy 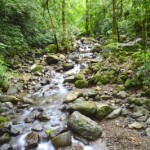 Recently, the UK’s Ministry of the Environment (DEFRA) published a green paper on the concept of biodiversity offsetting and how it could be used to facilitate economic growth. Basically, biodiversity offsetting means that development could be allowed in environmentally-sensitive locations as long as the developer pays for conservation activities elsewhere (such as protecting or restoring another habitat).

The UK is not the first country to propose biodiversity offsetting – it is being applied in the US, Australia and, increasingly, in developing countries.

In essence, it is similar to carbon offsetting schemes whereby companies or individuals pay for their carbon consumption to be mitigated by others. However, as is the case with carbon offsetting, the concept is fundamentally flawed.

The species assemblages or biodiversity of any two sites might overlap to some extent, but they are rarely exactly the same. And to suggest that a destroyed habitat can be faithfully reproduced elsewhere belies an incredible ignorance of environmental processes. The premise of biodiversity offsetting is that there should be no net loss to biodiversity arising from a development. However, this is a complete fallacy since the biodiversity of the developed site is destroyed and, if the replacement site (or offset) is truly considered of equal value to that site, then it too should have been conserved anyway. So, in fact, instead of two sites being conserved for their biodiversity value, only one is (i.e. a 50% loss in biodiversity).

Supporters of biodiversity offsetting suggest that less than optimal offsets can be improved to ensure that they act as suitable alternatives. Improvements might involve wildlife or plant translocations, reintroduction schemes, and vegetation and water management. However, such activities will be disruptive to the existing biodiversity of the offsets and, in most cases, require years of investment, both in terms of money and manpower, to achieve even a modicum of success. Developers are not likely to commit the necessary resources to ensure such ventures are successful. And what happens if the improvements to the offset fail, which is a very possible scenario? In that case, the original site will have already been irretrievably lost to development, but the offset too could be irreparably damaged.

The most likely scenario from biodiversity offsetting will be that a developer will simply set aside a piece of land of equivalent size and similar appearance to the environmentally-sensitive one they are about to destroy and that will be it. Even if a developer decides to try and manage an offset, what experience does a construction company have in environmental management or habitat restoration?

Biodiversity offsetting is simply a ploy to allow developers to circumvent the planning legislation enacted to preserve areas of interest to conservation. This planning legislation allows conservation groups and concerned members of the public to protest if they feel a proposed development threatens the biodiversity in a locality. Biodiversity offsetting could become a means to bypass these concerns and proceed with destructive development with the resulting irreplaceable loss of biodiversity.

Thus, the responsibility for biodiversity protection is being shifted away from government and on to developers. As a result, the quality of biodiversity protection is likely to diminish even further as the cheapest option will always be chosen by developers. Indeed, the concern is that developers will no longer view conservation as an obstacle to their projects and completely disregard it in planning stages, but will simply view biodiversity offsetting as another ‘tax’ that must be paid before proceeding as desired.

Of course, biodiversity offsetting also means that government expenditure on conservation measures will also be reduced, potentially facilitating even greater investment in infrastructural projects. In Colombia, biodiversity offsetting is being used to ensure that large-scale infrastructural projects (such as roads and mining concessions) are given the go-ahead. Is this green paper the precursor to a system to allow ministries to ride slip-shod over environmental legislation?

The fact that biodiversity offsetting is gaining popularity (though perhaps not credibility) worldwide is more indicative of the short-sightedness of developers and politicians than that it has demonstrated any real success as a means of ensuring that there is no net loss to biodiversity arising from economic growth. The UK, together with most of Western Europe, has suffered considerable erosion of its wealth of native biodiversity over the past two centuries due to economic development. Promoting biodiversity offsetting, and thereby facilitating the demolition of the last bastions of native wildlife, will only exacerbate this problem. Ultimately, the only sanctuaries for native wildlife will be intensively-managed pockets of land, isolated from each other in a fragmented landscape of infrastructural development, that have no hope of harbouring biodiversity in the long-term.