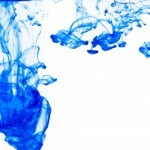 Subsequently the onus is on business owners across the globe to change their printing habits by adopting greener practices. Green Printing has gained considerable momentum as an increasing number of businesses are beginning to understand the impact and threat the printing industry poses on the wider environment as a whole.

One simple change could be the choice we make in the ink we use. The switch from conventional petroleum-based inks to vegetable or soy eco solvent inks can have valuable impacts not only on the environment but also upon human health.

The ink we choose to print plays a vital role in the detrimental impacts the printing industry is having on our environment. In the past, petroleum-based inks gained popularity due to their cost-effective and fast drying nature. However, it has only been in recent years that their impacts on human health and the environment have widely become recognized.

Many of the conventional inks on the market are petroleum-based and also use alcohol solvents, along with some pigments used in the inks containing heavy metallic substances such as cadium, lead and mercury which are not only harmful to the environment but also to human health. These inks are typically refined from crude oil which is not only a valuable finite resource but whose energy requirements for extraction, refining and treatment are incredibly high.

As the alcohol and petroleum in these inks evaporate during the drying process, volatile organic compounds (VOCs) are emitted, which react with nitrogen oxides in the presence of sunlight to create ozone pollution or photochemical smog. This subsequently aggravates or causes health problems such as asthma, emphysema and bronchitis and for workers in printing presses, the health hazards can be far more pronounced.

It was only in light of the 1970s oil crisis that vegetable-based inks were developed as a response to the shortage of oil. Soy-based inks derive from the oil of the soy bean whilst vegetable-based inks are made using a mixture of renewable sources such as flax, safflower and canola, with the oil from each plant giving the ink its own unique advantage. Vegetable-based inks are recognized as being better than their soy-based counterparts due to the fact that they are not restricted to one crop and the process takes the best qualities of various different plant matter to produce a sustainable product which delivers a high performance.

Another advantage to using soy and vegetable-based inks when printing is the VOC emissions produced. Petroleum-based inks emit approximately 25% to 40% of VOCs when they dry, whilst rates for soy and vegetable inks can be as low as 2% to 4%, with some brands of ink releasing none at all.

As far as costs are concerned, both colour and black soy inks are competitively priced with petroleum-based inks, although black soy newsprint inks can be up to 25% more expensive. However, the slight increase in cost in using soy-based inks is offset by the reduced amount of resin needed to colour the soy ink. Furthermore, vegetable-based inks are thinner making them more translucent and therefore less pigment is required to get the same strength of colour.

It is evident that adopting green printing practices is a very responsible move for any business, which brings with it a host of additional benefits that organisations can use to their advantage. Making the simple yet important step of asking your company printer if they use  sustainable soy and vegetable-based inks will not only benefit the recycling process, but emit fewer emissions during the production process, reduce costs, as well as allowing your company to tap into the ‘green consumerism’ market.

About the Author Victoria Moore

Victoria Moore holds a first class honours in Geography and an M.Sc. in Environmental Governance from Manchester University. She has worked as a geography tutor and recently returned from a six month journey through Asia. Victoria is passionate about the environmental movement and aspires to have a positive impact on the planet through her work and play!

’m writing to you in the hope that you will be able to help with a collaborative MA project I’m currently working on. Zed Magbook is a publication looking at the contemporary publishing industry, and in particular I’m asking for you help in forming the content for an article on Ecology in the Magazine industry and Book Industry. The article aims to cover the following:

What effect has the rise in demand of ecologycal sourced materials – focus on ink- had on magazine publishing?

Would you be willing to answer some questions and provide information that we can feature in this article?

Please do let me know if you are happy to be involved in this project.