Batteries On Planes Are A Fire Risk 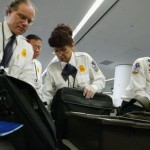 Lithium batteries on planes are commonplace, with them found in cameras, hearing aids, laptop computers, medical equipment and mobile phones. They grow ever more popular, as they store a great deal more power than other battery types. The release of power generates heat which can be uncomfortable – or worse. Lithium batteries also heat up faster than other types of battery. If the two terminals of a battery come into contact with each other and the battery shorts, fire can result. It didn’t help that for several years, one major manufacturer produced millions of lithium cells which had insufficient heat tolerance.

Batteries on planes have caused concern. In June 2013, police at San Diego International Airport observed smoke emanating from a bag on a carousel. A lithium-ion battery within had come into contact with a screwdriver, causing both to melt. In September 2012, two passengers and a flight attendant were burned by the battery of a mobile phone. In April 2012, a lithium battery inside a personal air purifier caught fire, causing what one flight attendant described as “a shooting fire.”

Richard Westcott, the BBC’s transport correspondent, uttered, “Lithium batteries look harmless enough, but they pack a hell of a punch if they overheat.” Fires are very rare, but as Westcott pointed out, “One fire is one too many.”

Batteries on planes are extremely common. It was recently estimated that an aeroplane with 100 passengers could be carrying 500 of them. Soon, it’s likely that in the EU, passengers will be able to use the internet during flights, which can only increase the number of phones and tablets found on aeroplanes.

Why lithium batteries can be bad

The Civil Aviation Authority (CAA), the safety regulator of the UK aviation industry, has declared that the massive growth in the presence of lithium batteries on planes is a burgeoning fire risk. Geoff Leach, manager of the CAA’s Dangerous Goods Office, explained that batteries purchased from respectable retailers were safe, but cheapo variants bought from dubious online sources could develop faults due to poor design, perhaps with a lack of protection, or manufacture. As the BBC’s Richard Westcott put it, “Be careful where you buy them in the first place – if they’re a lot cheaper, there may well be a reason.”

What the CAA is doing

The CAA has worked with its US equivalent, the Federal Aviation Administration, to produce a number of videos showing staff and the public how to pack batteries safely and what to do if they catch fire or smoulder. The staff of many airlines are already trained in putting out lithium battery fires, which are difficult to extinguish and produce irritating fumes which can be toxic.