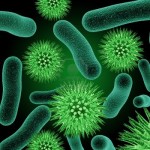 No one likes to hear about bacteria!

Bacteria is the nasty that spreads disease, viruses and illness and they are partly responsible for the bubonic plague.

All cleaning products want to kill 99.9% of them, right?

Bacteria live in symbiosis with numerous organisms, humans included, and can be incredibly beneficial. They keep your gut happy and healthy. They can be considered to be a successful remediation technique enhancing nature’s capacity to mitigate hydrocarbon release (Think Exxon Valdez spill 1989).

They can also be used to extract mineral deposits left in spoil heaps, as part of a process known as ore leaching. Most commonly used to extract copper and more recently, experimentally, to extract gold and uranium. The bacteria responsible for this are acidithiobacillus ferrooxidans (10 points for correct pronunciation).

Bacteria is even good for climate change mitigation.

For example, bacteria is utilized in the process of power generation through anaerobic digestion units. Dump your organic waste in, seal it, and with the aide of an appropriate nutrient balance and temperature controls, bacterial metabolic pathways help to generate gas and heat that can be harnessed for alternative energy use.

Bacteria is also being investigated for its hydrogen production properties and the subsequent energy generation potential. Effectively, a process similar to that of anaerobic digestion. The provision of a healthy food substrate and capacity to capture their generated hydrogen can be greatly beneficial to providing industry with its own renewable energy source.

Waste water treatment is intensely power hungry and needs to be so that the effluent released from these facilities is of a safe discharge standard for the natural environment. This waste water provides a nutritious source for hydrogen producing bacteria, which themselves are found in the noxious sewage, and with the aid of a small voltage charge, the system can produce pure hydrogen.

This hydrogen can be harnessed and utilized to help generate energy required for treatment. Effectively, this is a highly sustainable process that allows for a sustainable, renewable energy source to create the energy necessary to treat a huge component of societies waste creation.

It has a large potential and with active steps to implementation within the UK, this process could be used to help industry, specifically those with high effluent outputs that require treatment so they can treat their waste and gain something in return.

To treat the UK’s waste water, around 2% of the UK’s electric consumption is used when waste water can contain the equivalent energy to 5 billion barrels of oil.

Waste water, like food and compost, are energy sources waiting to be utilized with the aide of bacteria.

So, bacteria friend or foe? It’s obvious isn’t it?