Attenborough Declares That Humans Are A Plague On The Planet 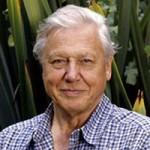 Recently, none other than Sir David Attenborough described humans as “a plague on the Earth” (Radio Times, January 2013).

Such hard-hitting terminology from the universally-respected and mild-mannered environmentalist is certainly likely to ruffle feathers but, in a way, isn’t he correct?

The word “plague” is typically associated with a sudden destructive influx or a pestilence. Certainly, evolutionarily-speaking, humans have a relatively recent appearance in the biosphere (approximately 200,000 years ago). As omnivores, our influence on the food chain was broad to begin with. But with the development of agriculture, our mastery of fire and early mining endeavours, modern humans began to concertedly impact the biological, physico-chemical and geological facets of the environment in a way no other organism has done.

Mirroring the way that the bubonic plague spread throughout Europe in the Middle Ages, the human population has metastasised globally from its central African origin. And one only has to view any large conurbation from above to see how suburbia devours the landscape; emanating from the main point of ‘infection’ like a fungal growth and rendering the original topography unrecognisable.

Just as in cancer, human populations are using the Earth’s own resources to poison itself. And while cancerous cells display remarkable adaptability in evading the host’s immune defences, human adaptability ensures that we too have circumvented Nature’s usual means of controlling populations.

So, does viewing humanity as “a plague” help us in any way to ameliorate the effects?

By simply making the astute observation that there are many things in common, Sir Attenborough has at least initiated debate. While it might be difficult to consider humanity as nothing more than an infectious agent, it does pose the question does the Earth have a terminal disease? If so, can viewing it as such help us to envisage potential treatments – drastic or otherwise?

And if humans are akin to the worst kind of invasive species, what are the options for mitigating the damage?

Just as any patient would welcome a clear, impartial and honest assessment of their disease, the biosphere warrants similar treatment in terms of a prognosis for its affliction.

Too many vested interests (both political and economic) and too much hyperbole surround current discussions on the state of the Earth. Sir Attenborough should be congratulated for cutting to the bone of the issue with his brave statement.