Fossil Fuels Aren’t The Only Assets At Risk of Stranding

An interesting new report from sustainability solutions architects Forum for the Future highlights the possibility of stranded assets in the food industry. Assets are ‘stranded’ when they become obsolete, and must therefore be recorded on the balance sheet as a loss. The term is most commonly used to describe the potential ‘carbon bubble’, which sees fossil fuel extraction projects becoming obsolete as governments act to limit climate change, turning profit swiftly into loss. Forum’s new report, Nutrition: an emerging threat or an opportunity?, takes this concept and applies it convincingly to the food sector.

The pressure has been mounting on food companies that manufacture products high in fat, salt and sugar (HFSS) for some time now, with government initiatives like Change4Life attempting to encourage consumer behaviour change and reduce the mammoth cost of obesity-related diseases. 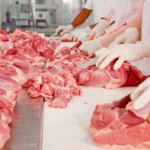 The NHS is expected to spend £10 billion by 2050 per year on obesity issues, with the cost to wider society from related problems like workplace sickness rising to £49.9 billion. In the US, healthcare expenditure on obesity is already outstripping costs linked to smoking. These detrimental physical effects of junk food have caused medical professionals and civil society bodies to get vocal, including the British Heart Foundation which has called for the broadening of a junk food advertising ban, and proposal for a tax on sugary drinks from the Royal Society for Public Health. The UK government has preferred to stick to voluntary arrangements so far, namely the Public Health Responsibility Deal. But other countries are serving as a laboratory for regulation: France began taxing sweetened drinks in 2012, New York City has banned trans fats, and this year South Africa introduced legislation to reduce sodium in certain foods. If these new legislative moves are seen to be a success, more will likely follow, creating a very real threat of stranding for junk food manufacturers.

The report lays out a range of steps that food manufacturers should be taking if they want to be sustainable and protect both their profit margins and the public’s health in the long-term. These range from the more easily achieved, such as promoting healthy and sustainable diets to consumers, to the much more complex but arguably more impactful, like measuring the nutritional profile of products or ensuring that the company has the technically skilled staff it needs to successfully reformulate HFSS products. These are significant undertakings for the companies involved which might discourage the industry from future-proofing in time: even the market leading Mars found reformulating its eponymous bar problematic, telling the Financial Times that it “took us five years and millions of pounds.” The low cost, high profits junk food industry has ridden a wave of success based on the seemingly bottomless appetites of sugar-crazed consumers and an absence of legislation. But as the burden on government coffers and the toll on our bodies rise, it looks like the food sector is in for a rocky ride.