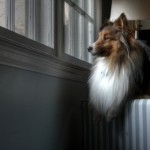 What is the difference between ‘animal welfare’ and ‘animal rights’? The two terms are often confused and used inter-changeably, but they don’t mean the same thing. However, both are vital components of the debate on the use of animals for human needs.

As people are becoming increasingly aware of the need to apply ethics in our treatment of animals, it is important to clarify these terms to ensure that the debate is informed and well-delineated.

Animal welfare is a fairly simple concept to comprehend – it should require that animals be provided with a level of care that ensures their survival and ability to reproduce. Clearly, levels of welfare will vary; at the most basic level it involves providing an animal with sufficient nutrition, shelter and veterinary care, extending to higher levels of care encompassing behavioural and environmental stimulation. Sadly, even the most basic levels of animal welfare are frequently missing in society and the fundamental needs of animals are often over-looked not only for economic gain, but also for human pleasure.

Take for example experimentation on animals for medicine. The benefit to humans is clear in that medicines that are safe and effective for human use are produced. Typically the animals (rodents, pigs, monkeys, etc.) live in incredibly sterile conditions, but with sufficient food and water at least to survive the experimentation. However, they undergo tortuous procedures such as injections of debilitating diseases and repeated surgeries. Efforts are being made, most notably in Europe, to improve standards for animal experimentation by means of the 3Rs concept (Replacement, Reduction, Refinement); this means, in the first instance, replacing animal tests where there is a suitable alternative (e.g. in vitro or cell culture tests), reducing the number of animals used and refining the test protocol. Progress though has been regrettably slow in encouraging manufacturers to adopt the 3Rs concept, since there is a considerable time and financial investment required to modify current testing procedures. But should inflicting suffering on animals be justified on the basis of a human benefit?

Some zoos too take a relaxed approach to animal welfare. Can it be deemed sufficient only to provide a captive animal with enough food to survive? Indeed, providing too much food can also be considered contrary to welfare standards. What about an animal’s need to interact with other members of its own species, to have access to shelter, to eat natural foods, to reproduce, to hide from the public, to have sufficient space, etc.? And pet owners – do they meet the basic welfare needs of their animals? The fact that a pet owner is not cruel or loves their pet completely is not a sufficient indicator that they cater for their animal’s needs.

Basic standards for animal welfare are legislated for by most countries, with the onus being placed on the owner to provide a minimum of care for the animals under their responsibility. Thus, the State is a ‘protector’, acting on behalf of animals to ensure that these standards are upheld. However, animals are afforded no legal ‘right’ to such protection or to these minimum standards of welfare – the State simply acts like a social conscience to uphold a certain ethical or philosophical viewpoint, i.e. that animals managed by humans deserve a minimum level of care.

This is why the term ‘animal rights’ as it is often currently used is misleading. To endow animals with rights is to unequivocally state that they have a legal entitlement to something – that is to say that if these rights were infringed they could sue for damages. The United Nations’ Universal Declaration of Human Rights is a cornerstone of most societies and a fundamental protector of the rights of individuals to live a safe and healthy life. Is society prepared or even ready to develop a similar charter of animal rights? How could it be defined – do all animals have the same rights or just some (where do we draw the lines)? Should rights only be given to those animals we recognise as intelligent (chimpanzees, dogs, dolphins)? But pigs, crows and octopus often achieve similarly high scores in our (very subjective) animal intelligence tests? As a domestic animal, does a cow have the right to freedom to roam, to not be killed or have to produce milk for human consumption – basically to ‘think’ for itself? This debate centres on to what extent a domestic cow is ‘aware’ (or conscious) of its situation, i.e. that it is being exploited. Historically, our understanding is that humans are the only animals that are fully ‘conscious’, which has fuelled our dominant attitude over other species. But evidence (although typically anecdotal) is accruing that some animals display elements of consciousness – consider elephants touching the body and bones of a deceased herd member.

Differentiating between ‘welfare’ and ‘rights’ in this way may seem somewhat pedantic, but even animal activists are moving towards the term “animal welfarists” so as to be clear what they are fighting for.

There can be no doubt that all animals, both domestic and wild, deserve our respect. For those animals that rely on us for their care, we have an ethical obligation to provide them with a level of care that ensures their well-being. This can be achieved by strengthening and expanding animal welfare legislation and strictly enforcing it. Endowing animals with rights engenders a whole host of difficulties and questions that society, as it stands, is ill-equipped to deal with or answer. The widespread infringement of basic human rights demonstrates that we are in no way near meeting our obligations to other human beings, so how can we expect to achieve any level of success with other species.

Let’s focus all our attention on ensuring that all animals are afforded excellent care through widely accepted standards of animal welfare and leave the animal rights debate for now to philosophical ponderings.