American Airplanes And The EU ETS 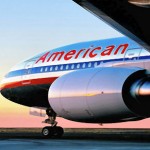 The EU ETS has served as an essential part of the EU’s efforts to meet its emissions reduction targets under the first Kyoto commitment period. Covering over 10,000 energy intensive facilities in the twenty-seven EU member nations, including oil refineries, iron and steel plants, power plants with capacity of more than 20 megawatts, cement, glass, lime, brick, pulp and paper installations, the ETS has served to help lower collective emissions by 7.7% between 1990 and 2006. In total, the industries covered under the ETS account for about 45% of total carbon dioxide emissions in the EU.

An exemption, however, was created for those international carriers flying into European destinations whose country of origin was deemed to be taking measures at home to curb aviation emissions. Because the U.S. has failed to enact any legislation addressing the issue of emissions from aviation domestically, the exemption does not apply, thus making American carriers subject to the flat fee.

The United States has balked at the EU’s intention to require airline industries to be financially liable for the emissions they create, arguing that it is an illegal infringement on sovereignty.

In fact, despite the European Court of Justice ruling that the EU is well within its rights to impose such a fee, President Obama has signed into law legislation that would exempt U.S. airlines from coverage under the fee scheme. This is a major blow to the efforts of the EU, and a major blow to the hopes that an international market might not be too far off.

The inclusion of airlines as liable entities in a market-based system would be the most viable and cost effective means of addressing the issue of achieving airline emissions reductions. The only way to make this effort truly effective is through imposition of a fee on non-EU based airlines, in order to put them on an equal economic playing field with their European counterparts. Moreover, the imposition of a fee might also have the effect of encouraging participation within a voluntary market setting to generate credits to apply towards the offsetting of aviation emissions.

The exclusion of U.S. based airlines, represents a large portion of the aviation market, and diminishes the effectiveness of the EU’s plan. Furthermore, it sets up what begins to look like a massive game of chicken between the U.S. and the EU. Since the U.S. has indicated its refusal to participate in the EU’s plan to reduce airline emissions, the EU is left with limited options in terms of how to proceed.

There is the option of continuing on as planned and simply allowing the exclusion of American carriers, which would diminish the effectiveness of the scheme as a whole, as well as sending the message that America is free to act as it pleases, regardless of international law.

Another option would be to prohibit American carriers from flying into European destinations. This, however, would have huge economic ramifications for all of Europe. Furthermore, the legality of banning American carriers is questionable. But, if the EU is truly committed to addressing the issue of airline emissions, what other options exist?

About the Author Caroline Baker

Caroline Baker is a graduate of the University of Colorado Law School. She has worked with a number of grass roots environmental institutions in the Northern Rocky Mountain Region of the United States, including the Montana Wilderness Association, Jackson Hole Conservation Alliance and the Grand Teton National Park Foundation. She is currently based in Sydney, Australia where she is working as a Market and Policy Research Analyst with Carbon Training International. Caroline is passionate about the role that Governments and business can play in promoting environmental and climate policy issues.